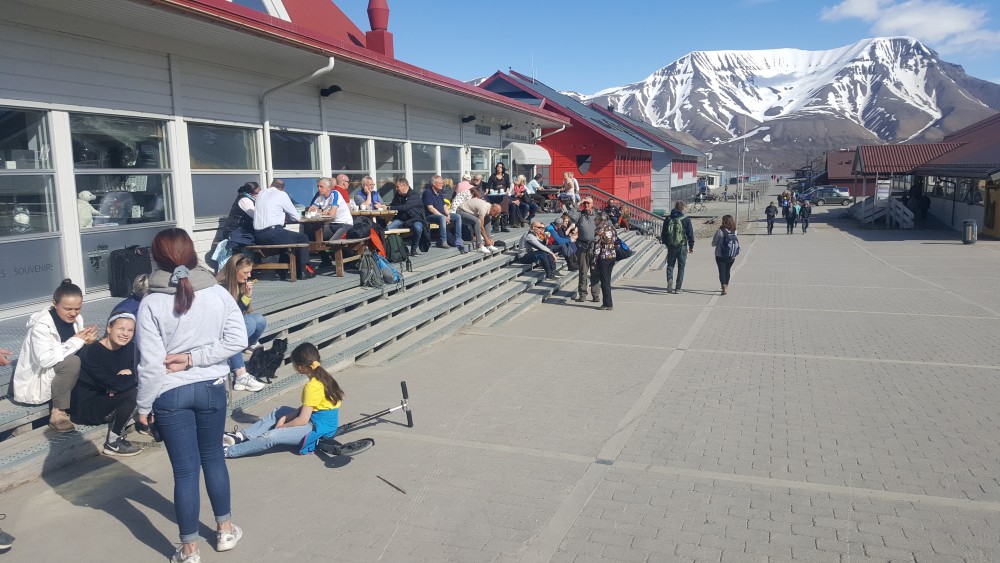 Temperature of 21,7°C on Saturday is the warmest ever measured so far north in European Arctic.
Read in Russian | Читать по-русски
By

Climate change is real, not least in the Arctic. When the Midnight sun shines on what used to be ice-covered waters the much darker sea surface absorbs the heat. This is one of the reasons for the current Arctic heatwave.

Already before noon on Saturday, Norway’s Meteorological Institute reported the temperature in Longyearbyen to be 20 degrees Celsius. Before 1 pm, the temperature reached 20,6°C and by early evening, the heat peaked at 21,7°C, a tweet update from @Meteorologene says.

This is the first time since 1979 the official temperature in the main settlement on Svalbard is above 20°C, the institute tells. On July 15, 41 years ago, the temperature reached 21,3°C.

Some periods have seen 12-14 degrees over normal around Longyearbyen.

The meteorological institute explains the heat with the negative spiral caused by climate change. Less sea-ice and less white snow-covered land mean less of the sunlight being reflected back to space. Darker waters-surface and soil absorbs more heat, again accelerating the permafrost thaw and causes more sea-ice to melt.

If global emissions continue to increase like today, the annual average temperature at Svalbard will be above zero degrees by the end of this century, the meteorological institute predicts.

As reported by the Barents Observer in February, a new comprehensive climate impact study for Svalbard suggests the archipelago could become 10 degrees warmer by 2100. Consequently, permafrost will thaw and more heavy rainfall will trigger landslides and coastal erosion.

Isfjorden (The Ice Fjord) northwest from Longyearbyen hasn’t been ice-covered mid-winter for the last 10 years. Researchers says the fjord’s marine life is changing from Arctic to Atlantic climate zone.