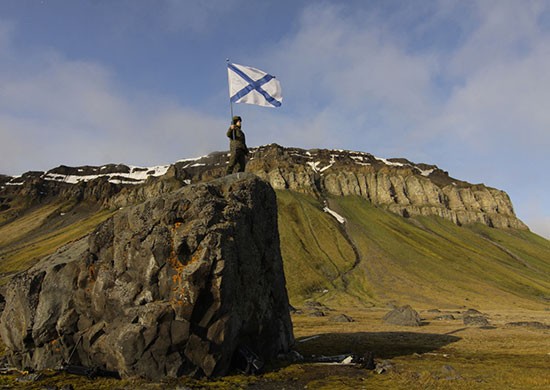 Several islands and capes recently discovered in the northern Barents Sea get names of Soviet military explorers.
Read in Russian | Читать по-русски
By

Over the last years, hydrographers in the Northern Fleet have discovered about 40 islands in the Russian Arctic, most of them in the area of archipelagos Novaya Zemlya and Franz Josef Land.

Their appearance is the result of climate change. As glaciers retreat, new land, straits and island have made it to the surface.

Several of the islands have now got a name. According to the Northern Fleet, they are all devoted to Soviet-era military hydrographers serving in the Arctic.

The Northern Fleet proposed the names to regional legislators in Arkhangelsk, whereupon the list was approved by Prime Minister Mikhail Mishustin.

The Archipelagos of Novaya Zemlya and Franz Josef Land are located in the Barents Sea and are administratively managed by regional authorities in Arkhangelsk.