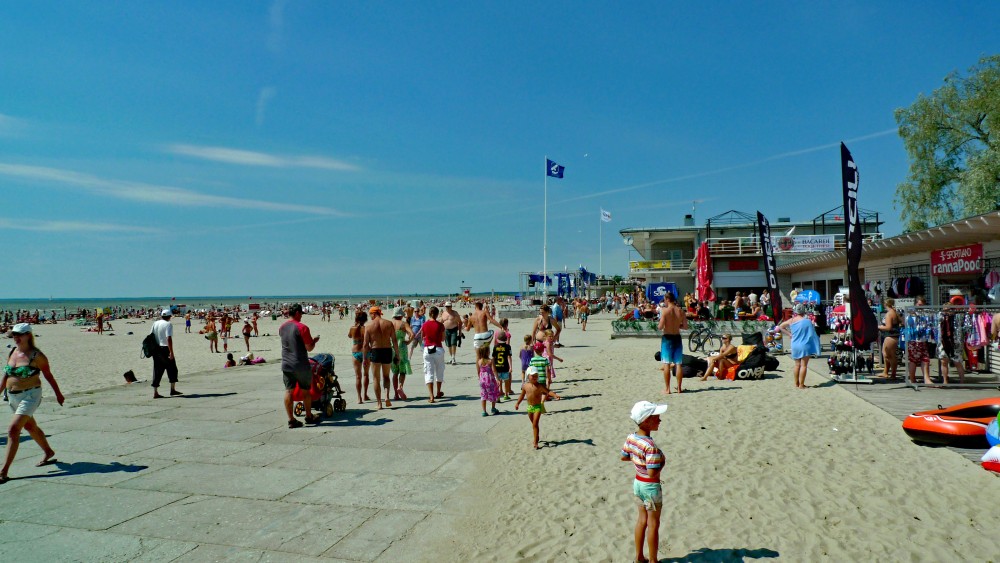 Arctic challenges are likely not on the minds of beachgoers on the southern shores of Estonia, but the country brings a long list of arguments for why it should be granted observer status to the Arctic Council.
Read in Russian | Читать по-русски
By

Hot and cool: The Arctic is hot and getting a seat around the table of the Arctic Council is cool. On Monday, the Foreign Ministry in Tallinn officially submitted an application for observer status on the Arctic Council.

“Estonia is the northernmost non-Arctic country,” the ministry argues.

How far south the Arctic extends can be argued, but Estonia’s capital Tallinn is slightly further north than Arctic Council member Sweden’s capital Stockholm. Also, the Gulf of Finland with the port of Tallinn freezes in wintertime.

Impact of climate change tops Estonia’s list of arguments of why it is applying observer status. “We are located on the Baltic Sea, the test pool for climate change, which means that many of our solutions can be applied quickly in the Arctic,” the foreign ministry writes.

Next year, Estonia’s big eastern neighbor Russia takes over the chair of the council after Iceland. The formal Arctic Council meeting where Estonia hopes its bid for observer status will be discussed takes place in May in Reykjavik.

“Ensuring the sustainable development of the Arctic requires international cooperation and broad-based political support. This should not be the task of Arctic countries alone, instead, it should be the responsibility of all countries and international organizations, especially those close to the Arctic,” Estonia’s foreign ministry argues.

The arguments that non-Arctic states should have a say in Arctic issues are rather similar to what the European Union highlights in its Arctic strategy and application to team up as an observer to the Council.

In 2009, the Arctic Council rejected EU’s observer application. So also when debating the application again at its Ministerial meeting in Kiruna in 2013. Then, the Council decided not to approve a full observer status, but allowed the EU to “observe Council proceedings.”

By the end of the day, the Arctic Council might ask itself how many member states of the European Union will be granted full observer status before the Union itself.

Today, the EU members Sweden, Denmark and Finland are founding members of the Arctic Council, while France, Germany, Italy, the Netherlands, Poland and Spain are observers.