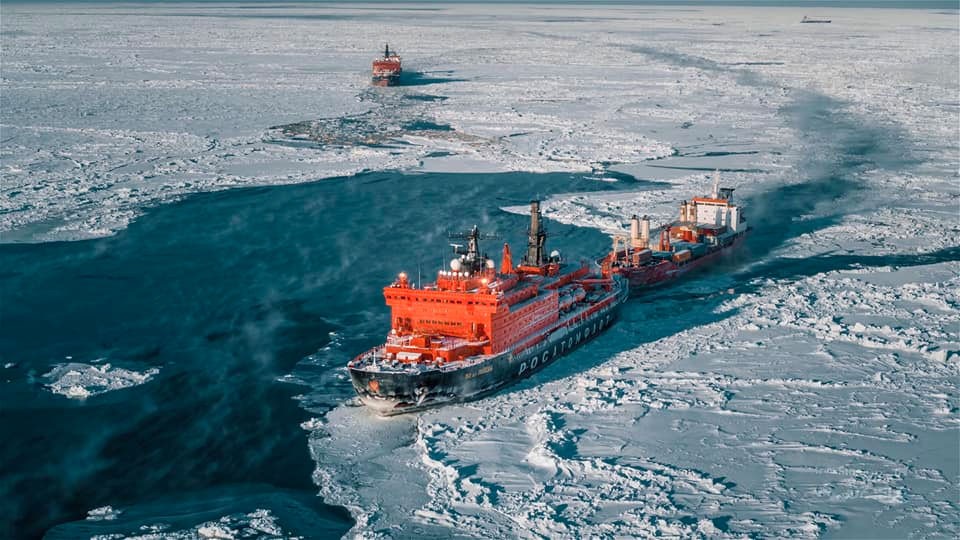 More than 32 million tons of goods has been shipped on the Russian Arctic route in 2020.
Read in Russian | Читать по-русски
By

Despite the COVID-19 and global economic downturn, shipping in the region continues to grow. According to Rosatom, the Russian state nuclear power company, the 32 million tons landmark was crossed on the 22 December.

However, only a minor share of the volumes have been shipped along the eastern part of the route. The overwhelming part has been shipped on the western part, and first of all to the LNG terminal of Sabetta, oil terminal of Kamenny, as well as the Utrenneye construction project in peninsula Gydan.

Symptomatically, as the new data was presented on the 22nd of December, there was not a single ship sailing in the waters between the mouth of great river Yenisey and the Bering Strait, a several thousand kilometer distance.

According to Leonid Irlitsa, Deputy Head of Atomflot, the original target for 2020 was 29 million ton. A key event this year has been the opening of a new system for automatic management of maritime operations, he explains.

The system will allow for a significant growth in transit shipments on the route in 2021, the company representative argues.

There is still a long way to go before President Putin’s target for Arctic shipping is reached. In his so-called May Decrees from 2018, Putin requests a total of 80 million tons on the route in 2024.