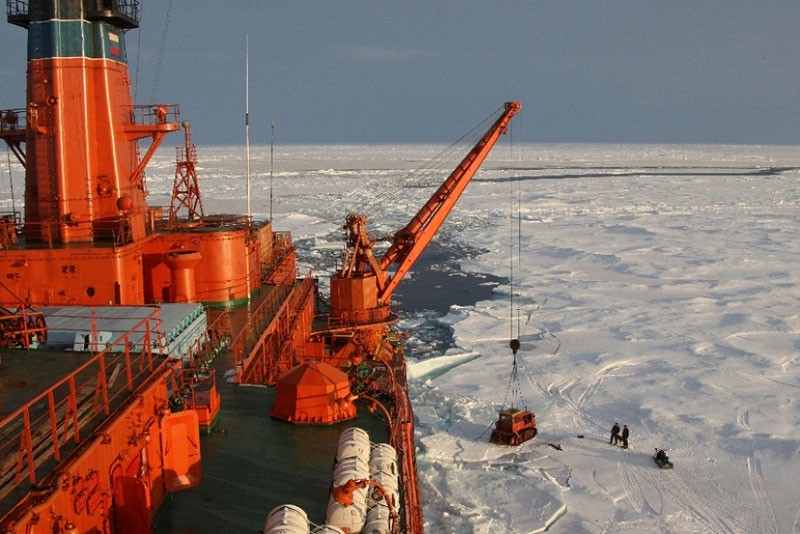 Nuclear power company Rosatom requests 7.1 billion rubles of federal funds for the construction of a top ice-class survey vessel for the Northern Sea Route.
Read in Russian | Читать по-русски
By

As Russia advances with its development of the Northern Sea Route, major efforts are made to explore the remote and ice-covered waters.

More specialized vessels are now needed to engage in the survey of sea-ice conditions, seabed topography and preferred sailing routes.

Leading the process is Rosatom, the state nuclear power company that is responsible for Northern Sea Route developments.

By late 2020, the state company appears to have won approval for the project. Rosatom now requests a total of 7,1 billion rubles (€77.5 million) from government to build the ship.

The ship is to be ready for operations in 2024 and it will be Rosatom subsidiary Hydrograpical Company that will serve as project developer, Interfax informs.

“The building of the ship will promote development and sustainable operations on the Northern Sea Route, and also help reach the target volume of 80 million tons,” a draft government decree reads.

Rostom also requests another 483 million rubles for the modernization of the Grigory Mikheev, a survey ship built by Finnish shipbuilders in 1990.

A number of ships have over the last summers conducted comprehensive surveys of Russian Arctic waters. In 2020, a total of 45,575 km of exploration sailing was made across the region. In 2021, another 71,688 km are to be completed in areas such as the East-Siberian Sea, Chukotka Sea, the Sannikov Strait, Kara Sea and river mouths of Yenisey and Kolyma, the Ministry of the Far East and Arctic informs.

Rosatom also intends to modernize another two survey ships. The company in 2019 incorporated the state-owned Hydrographical Company and consequently secured control of that company’s solid fleet of ships and highly skilled personnel.