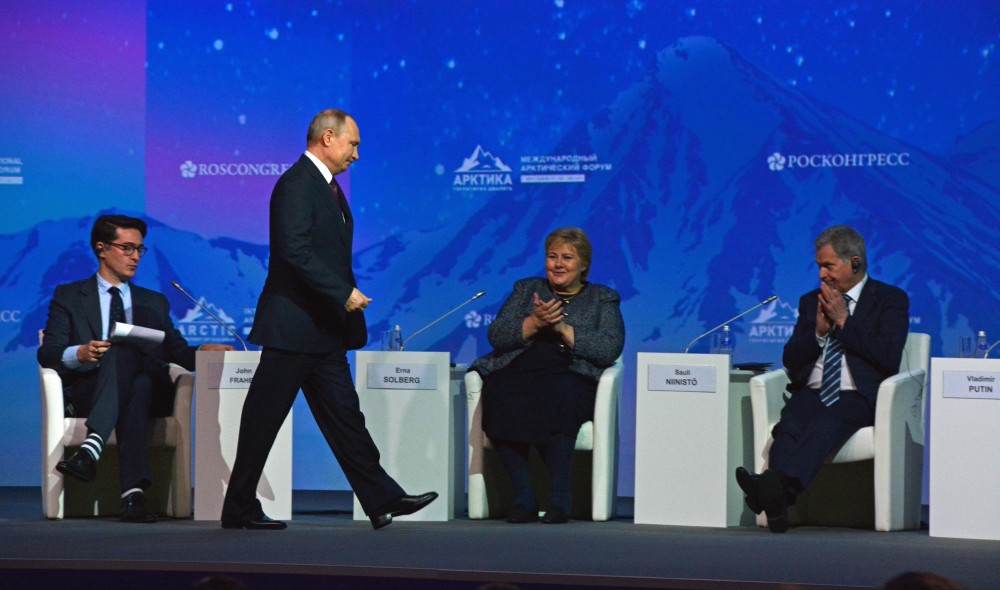 The conference will be closely linked to the country's chairmanship period in the Arctic Council, the Russian Government informs.
Read in Russian | Читать по-русски
By

The bi-annual conference was originally to be organized in spring 2021, but the high-profile event will now be postponed to late March or early April 2022.

According to Presidential Adviser Anton Kobyakov, the conference will be closely linked with the Russian chairmanship of the Arctic Council.

“Under Russia’s chairmanship of the Arctic Council the organization of the forum Arctic - Territory of Dialogue will be of significant practical importance for the handling of key issues on Arctic territories,” Kobyakov says in a comment.

The event gathers key political decision makers, including the Russian President himself, as well as business representatives and foreign guests. In the 2019 event, neighboring Nordic countries were represented with top representatives, among them Norwegian PM Erna Solberg, Swedish PM Stefan Löfven and Finnish President Sauli Niinistö.

“The international Arctic forum will be yet another arena for communication of Russian achievements, as well as for discussions with the international expert community relevant questions about development of Arctic territories, building of port infrastructure, nature protection and improved quality of living,” Deputy Prime Minister Yuri Trutnev explains. The Russian Deputy Prime Minister is top responsible for Russian Arctic developments and heads the country’s Arctic Commission.

Russia takes over the rotating two-year chair of the Arctic Council in May 2021. The council includes eight states, six so-called permanent participants and 38 observers.

The Arctic Forum is branded under the slogan “Arctic - Territory of Dialogue” and was previously organized in north Russian cities. In 2019, it was permanently moved to St.Petersburg.