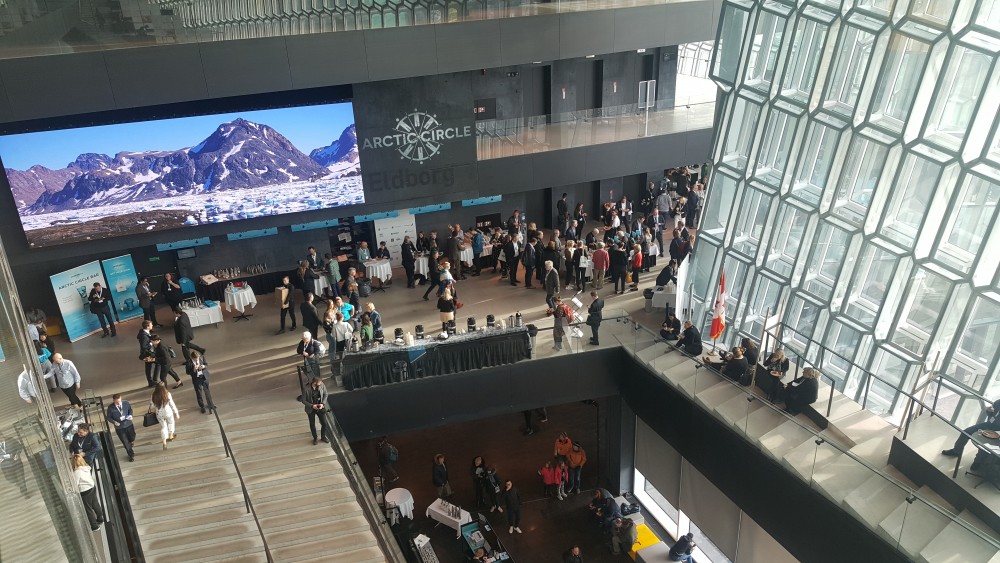 Harpa centre will be the venue for the Arctic Council Ministerial next week. Photo: Thomas Nilsen

From strategic plan to deliverables, Iceland gears up for Arctic Council ministerial

Iceland, the current chair of the Arctic Council, is getting ready to hand the gavel over to Russia next week, as it prepares for the international forum’s ministerial.
Read in Russian | Читать по-русски

The Arctic Council is an international forum made up of the world’s eight northern circumpolar countries, and six Arctic Indigenous groups. The forum was set up in 1996 to allow the Arctic countries to work together on environmental protection and sustainable development in the North.

The chairmanship of the body rotates every two years between the countries.

The biennial ministerial meeting is where the leadership is officially handed over, and when updates are given on projects from the forum’s six working groups. The working groups are made up of experts from around the world and examine issues ranging Arctic contaminants to emergency response in the Arctic.

In a news release on Monday, the council said approximately 80 deliverables were expected, in addition to an Arctic Council strategic plan marking the forum’s 25th anniversary.

It also said the ministers intended to sign a joint declaration this year, seemingly a nod to reassure after the chaos of the 2019 ministerial in Rovaniemi, Finland, where, during the Trump administration, the U.S. refused to sign a joint declaration, for the first time in the body’s history, over the inclusion of climate language in the document.

Iceland’s four priorities under its chairmanship was the Arctic marine environment, climate and green energy solutions, people and communities of the Arctic, and a stronger Arctic Council. And despite some delays because of the pandemic, the majority of the body’s work was able to continue as planned, the forum said.

“Iceland had an ambitious program for its chairmanship at the outset,” said ambassador Einar Gunnarsson, outgoing chair of the senior arctic officials, in the news release.

“We’ve had to work around some unexpected challenges, and that makes me even more pleased that we are on track to conclude the chairmanship with a strong Ministerial declaration and a strategic plan that reaffirm the Council’s commitment to a peaceful, prosperous and sustainable Arctic region.”

Modified arrangements due to pandemic

With countries around the the world still dealing with the COVID-19 pandemic, this year’s ministerial will be a hybrid format, with ministers and permanent participants attending the Reykjavik meeting in person, and working group participants, observer states and organizations, and additional delegates, from the Arctic states and Indigenous groups, attending virtually.

“The Arctic Council’s success lies in the Arctic Council family’s ability and willingness to work together. This past year is a proof of that. I’m incredibly proud of the Working Groups. Their reports, assessments and action plans are crucial for informed decision making, and the fact that they are successfully delivering numerous quality products despite being hindered by the pandemic, shows their swift adaptability and dedication to their work.”

The ministerial meeting will take place on May 20.