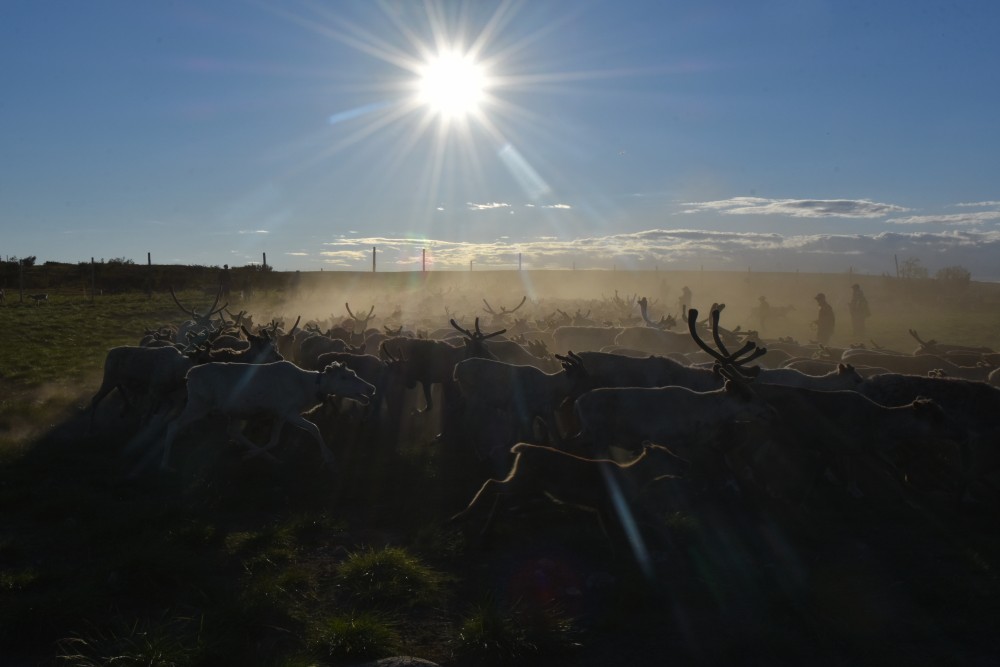 Midnight sun over an enclosure where reindeer are gathered in northern Finland. Photo: Thomas Nilsen

On June 17th, the Finish Government passed a resolution on Finland’s Arctic strategy in its plenary session.
Read in Russian | Читать по-русски
By

The country’s previous Arctic Strategy was published in 2013. However, a need to redefine it was deemed necessary by the government as since then, climate change has produced detrimental and underestimated effects, especially in the Arctic.

Jens Hesselbjerg Christensen, a professor at the University of Copenhagen’s Niels Bohr Institutet (NBI), explains that a study done at the university points to the fact that current “analyses of Arctic Ocean conditions demonstrate that we have been clearly underestimating the rate of temperature increases in the atmosphere nearest to the sea level, which has ultimately caused sea ice to disappear faster than we had anticipated.”

A new study published in Nature Climate Change concludes that in the last forty years, temperatures in the Arctic have increased one degree per decade. In the Barents Sea and around Norway’s Svalbard archipelago, the temperature has been increasing at an even faster and unforeseeable rate, 1.5 degrees per decade. This has led to the catastrophic effect of Arctic Sea ice declining at an estimated rate of 13.1%  per decade due to the higher global temperatures.

Finland’s new Arctic policy tremendously increases its emphasis on the fact that all Finish activities in the Arctic must first and foremost be respectful of the natural environment, encourage the protection of the Arctic climate and promote sustainable development principles.

It is upon these core principles that Finland’s further interests and goals in the Arctic in the sphere of politics and economics should be achieved. Specifically, Finland’s ambitions in the Arctic include widening business opportunities, strengthening the country’s northernmost regions, increase international cooperation alongside Arctic expertise as well as promote security and stability of the region.

Although the strategy centers around mitigating and combatting climate change, its guidelines wholistically and more generally are built on four tennents: climate change mitigation and adaptation, inhabitants (the promotion of the freedom, wellbeing and rights of the Saami as an indigenous people), Arctic expertise (focusing on people’s livelihoods and leading-edge research), and infrastructure and logistics.

The strategy also underlines the importance of the Arctic Council as the primary unit for solutions of problems arising in the Arctic and encourages the institutional strengthening of the forum.

By adopting a new strategy, Finland is aiming to assert itself as the forerunner for sustainable development in the Arctic region while promoting confidence-inducing dialogue between states and preventing risky environmental and strategic developments in the region.