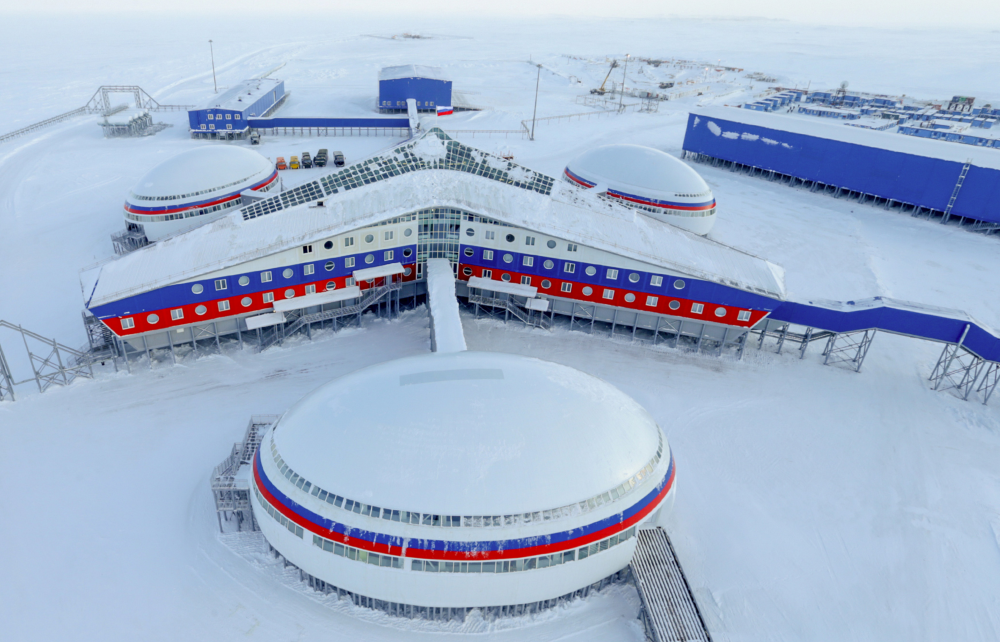 The pool brings sport, comfort and joy to Arctic military men serving about as far north as you can get.
Read in Russian | Читать по-русски
By

The pool is located at the Arctic Trefoil military base on the Alexandra Land Island of the Franz Josef Land archipelago and is set to be handed over to the Russian Ministry of Defense by July 1st this year, according to the outlet GoArctic.

The Trefoil military base, which covers an area of 14,000 square meters, is Russia’s second military facility built in the high Arctic for the depolyment of air base units of te Russian Northern Fleet and serving the military airfield of Nagurskoye. The first military facility was the North Clover military base on the Kotelny island of the New Siberia Islands.

The Trefoil military base is aimed to house 150 personnel on 18-month duty tours and holds the food, fuel, utilities, and storage facility necessary for all personnel for the duration of their tour, the BBC reported when the base opened four years ago. As the island’s winter temperatures can drop to around -40 degrees Celsius, constructing any buildings in the region is an arduous task which requires unique extreme-temperature-withstanding technologies. So also for the new swimming pool.

When constructing the swimming pool, the newest and most advances water-cleaning technologies were utilized which would be able to function in the extreme climate conditions of the island.  For the construction of the base as well as its indoor swimming pool, all the necessary equipment and materials were shipped to the island through Arctic navigation along the Northern Sea Route.

Previously, the world’s northernmost swimming complex was located in the mining settlement of the Russian village of Pyramiden on Svalbard.

Pyramiden was created to showcase the presence of the Soviet Union on Svalbard. In addition to industrial facilities such as the Severnaya mine, workshops, warehouses, a port complex, a boiler house, a power station, and a radio station, the settlement also had a hospital, dormitories, houses for engineering and technical personnel, a school, a kindergarten, a canteen, a cultural center, as well as a sports complex with saunas and back-then the northernmost swimming pool. The Severnaya mine had successfully managed to extract 9 million tons of coal before it was closed in 1998.