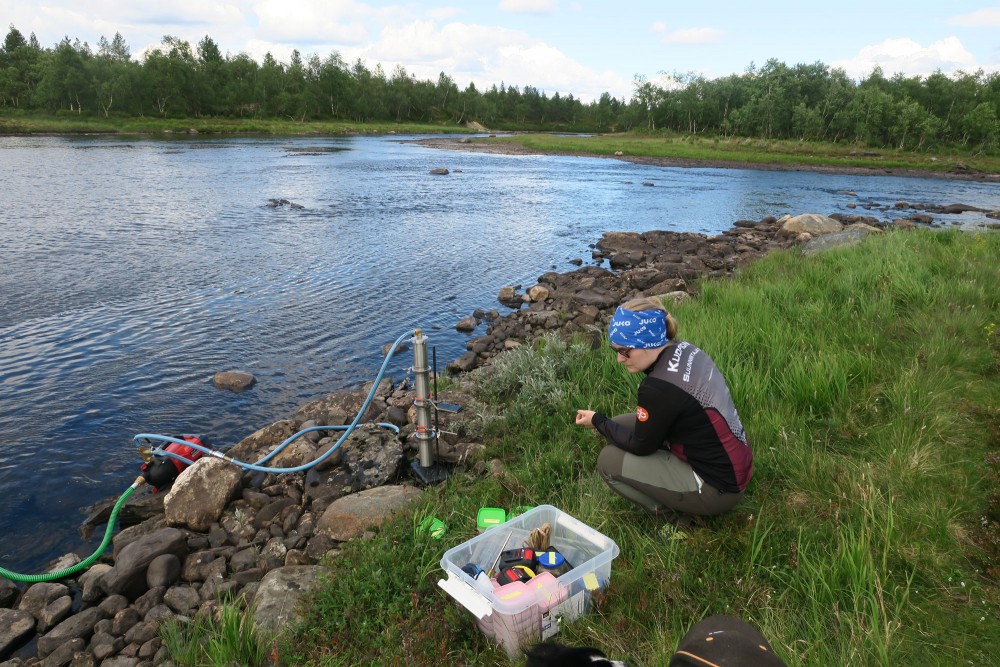 A research project, led by non-profit organisation Snowchange Cooperative, has found large amounts of microplastics in Näätämöjoki river and Lake Inari. The project’s aim was to track the impacts of climate change in Näätämö, Vuonnijavr, Voronye and Ponoi waters, and they conducted first ever surveys on microplastics in northeast Lapland. The research has shown that the amount of microplastics in Lake Inari is similar to samples taken from lakes in Southern Finland.

Adjunct Professor Tero Mustonen and the research team took samples from Näätämö River basin from Sevettijärvi to Vainosjokii, and the western parts of lake Inari. The highest quantities of microplastics were found in Lake Inari, as well as the Vainosjoki basin in Näätämö. “The results from Lake Inari showed that there is as much microplastics there as in some lakes in Southern Finland,” Mustonen says. The team found six different polymers in their samples, which corresponds to findings in Southern Finland. “From this survey it looks like the microplastics originate from plastic bags, ropes and fibers, so the particles come from consumer products,” he explains.

One of the most distressing aspects is that the samples were collected from wilderness areas that were not close to any cottages, habitation or tourism industries.

While the findings are concerning, Mustonen does not see that there is any immediate threat to anyone’s health. Since microplastics are already everywhere, from toothpaste to bottled water, the concern should be global. Nevertheless, the accumulation of microplastics should be prevented in the North.

Mustonen says that there is a lot that can be done to slow down the accumulation of microplastics; “some concrete first steps are that every time people walk in nature, they should pick up all of the plastic that they find,” he says. Mustonen has already started discussion with the municipal manager of Inari and the Finnish Forest Administration about the findings. “I encouraged them to increase microplastic monitoring and environmental health care,” he says.

Mustonen also brings up issues with fishing - the samples show that fishing lines, ghost nets (fishing nets that have been abandoned or lost in the waters) are all ground down over time and the particles stay in the water. Eventually the ground down plastic particles will make their way into the local fish population. Part of the problem is also reindeer husbandry. The practise of feeding reindeer on ice in the winter is most likely a part of the problem, since the fodder and feed is often packed in plastic bags. Mustonen says that reindeer husbandry must be supported, but all the plastic should be taken with when leaving the ice.

This is the first time that a research of this size has been conducted in northeast Finland and the Sámi area. The project, funded by Nordic Environmental Finance Corporation (NEFCO), is expanding their research and findings late this fall. There are still more findings to release from this extensive study, but the team wanted to release their findings on microplastics as quickly as possible.

Mustonen explains that the team will measure the amount of plastics coming from the Arctic Ocean to Näätämöjoki, in order to find out how much of the microplastics are created in Näätämöjoki itself. They will also study sediment samples taken from the bottom of the river, in order to investigate the timeline and find out when the microplastics first started to emerge.

The project was conducted with close cooperation with local indigenous peoples and has Skolt Sámi community members as experts and co-researchers. Mustonen wants to thank all the Skolt Sámi people who have helped the research team and is pleased that the project has been done with good cooperation between the team and local Sámi communities. “I would say this is the first time that Sámi knowledge and science has been brought to the dialogue on how the situation awareness is created,” he says.

The project did not concentrate only on microplastics, but also water quality and effects of warming waters to wildlife and fish population in rivers and lakes in Finland and Russia. Due to limitations because of the Covid-19 situation, the team was not able to measure microplastics on the Russian side.