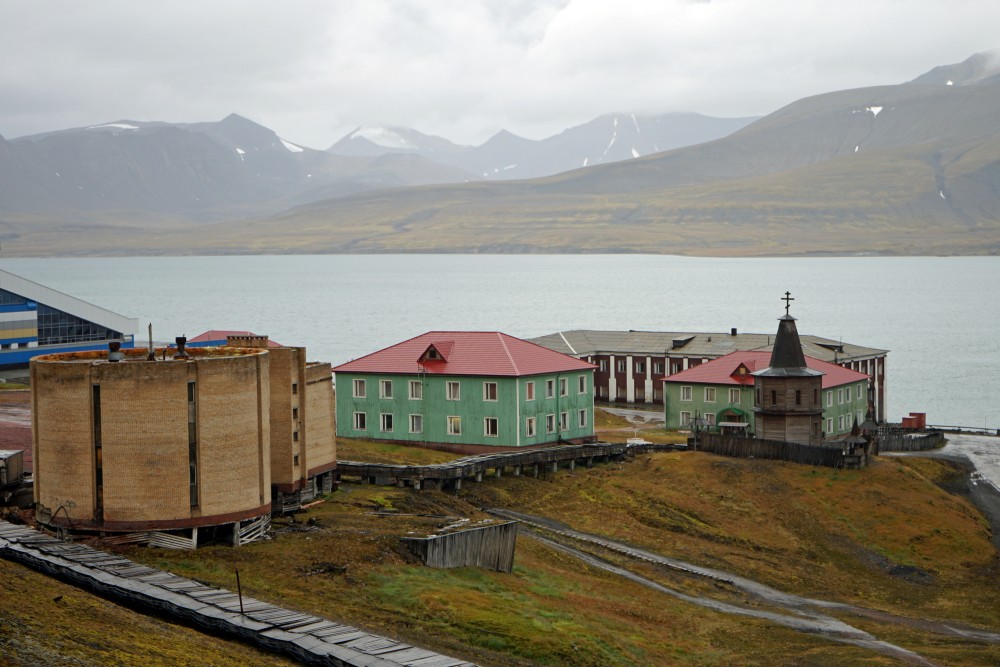 There are mainly Russians and Ukranians living in Barentsburg. Photo: Thomas Nilsen

The Russian mining town on Norway’s Svalbard archipelago lost 20 percent of its population since last year.
Read in Russian | Читать по-русски
By

Barentsburg is the only remaining Russian permanent settlement on Spitsbergen, the largest island on the archipelago. Svalbard is under full Norwegian sovereignty, but according to a 1925 treaty, all signatory countries are granted non-discriminatory rights to fishing, hunting, and exploring mineral resources. For Russia, that means coal mining. The majority of workers and inhabitants are Russians and Ukrainians.

Like for the Norwegians, who shut down its state-owned mine in Svea a few years ago, digging for coal is not either profitable in Barentsburg. In 2017, 140,000 tons of coal were taken out from beneath the permafrost, more than a kilometer down below sea level, the Barents Observer reported. 30,000 tons were burned at the local coal power plant, providing heat and electricity to the settlement. The rest was shipped to Great Britain.

Both the mining activity and the town itself are operated by the Russian state-owned work company Trust Arcticugol (Arctic Coal). This is a company town by all means.

The latest population numbers published by Statistics Norway show a 20 percent decline in population since May 2020. Down from 501 last year to 400 today for Pyramiden and Barentsburg. Pyramiden has been a ghost town since the late 1990ies, with only a handful of people staying during the polar night winter.

Svalbardposten, the local newspaper in Longyearbyen, was first to report about the population decline. One reason for the decline in Barentsburg, according to the newspaper, could be troubles entering the archipelago during the pandemic.

Unlike Barentsburg, the population in Longyearbyen continues to grow. Counted together with the small science community in Ny-Ålesund, the Norwegian town now has 2,459 inhabitants, up 42 people over the last six months. 753 of the permanent inhabitants are from other countries than Norway.