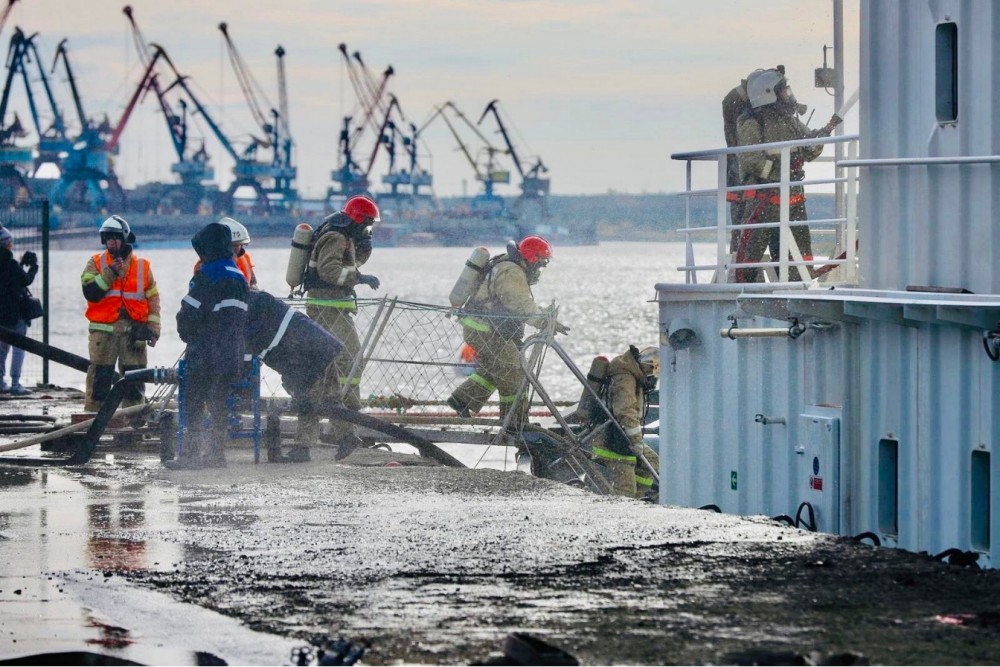 About 6,000 personnel are engaged in one of Russia's biggest ever rescue and emergency exercises in the Arctic.
Read in Russian | Читать по-русски
By

The exercise is organised by the Ministry of Emergency Situations and unfolds across the Russian Arctic from Murmansk in the west to Chukotka in the east. It includes a total of 12 emergency scenarios, and up to 18 federal government institutions are involved, the Ministry informs.

“The format, geography and involved units are unique,” Minister Yevgeny Zinichev said as he formally launched the exercise during a visit to the far northern city of Dudinka on Tuesday.

“It is the first time that this kind of exercise is organised in the Arctic, [and] the skills of each and every participating specialist are important and much-needed,” Zinichev explained and added that the training scenarios are all “characteristic for the Arctic region.”

He also underlined that training will take place in areas immediately adjacent to the Northern Sea Route.

Following his address, Zinichev himself monitored three training scenarios in the Dudinka area; a fire onboard a icebreaker carrying chemical substances, and an oil spill and subsequent fire at an oil tank facility.

Other scenarios include a fire onboard floating nuclear power station Akademik Lomonosov, an air crash in Tiksi and a cruise ship accident in the Kola Bay.

The exercise takes place in the period 7-8th September, just before the start of the major military drills Zapad-21. The lion’s share of the latter will be held in Belarus and parts of western Russia. However, like previous exercises like the Zapad-17 extensive military training is expected to held also in other regions, include the Arctic.

Few days before the exercise, representatives of the Ministry of Emergency Situations met with the Russian Armed Forces to discuss cooperation on so-called military-political activities in connection with the Zapad-21.

According to the Ministry of Emergency Situations, the Arctic exercise is held following an order from President Vladimir Putin. It is also organised as part of Russia’s chairmanship period in the Arctic Council, and a conference held in connection with the event on the 7th of September took place under the logo of the international organisation.