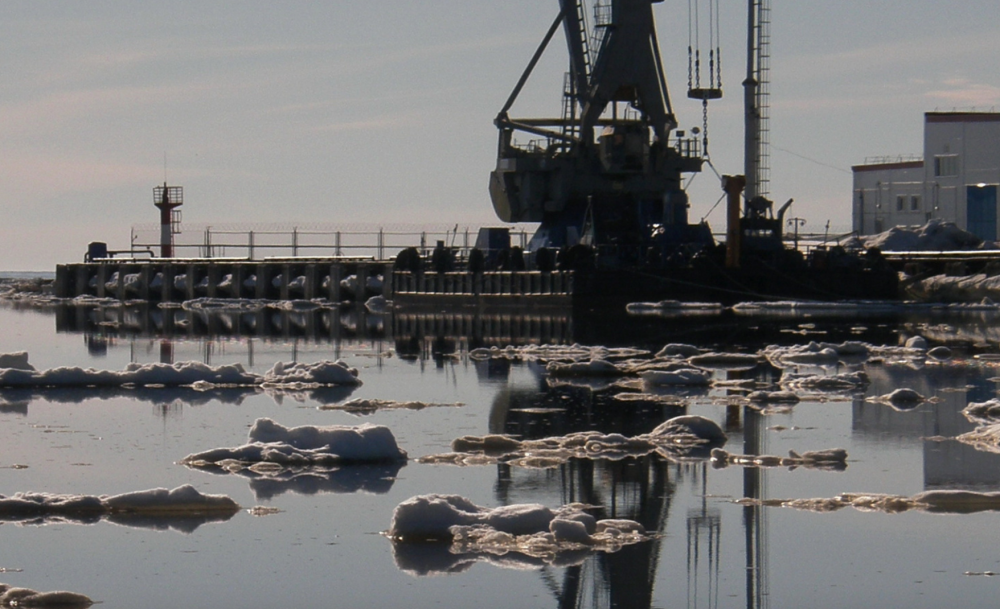 Construction of the deep-water seaport project in the Nenets Autonomous Okrug will start in 2024.
Read in Russian | Читать по-русски
By

The implementation of a new seaport had been discussed for close to 20 years amongst Russian authorities before the official planning for the Indiga Seaport had started in the autumn of 2019, the Russian Government’s official portal for Arctic infrastructure investments reports.

Indiga is a village on the eastern shores of the Barents Sea, south of Kolguyev Island. As reported by the Barents Observer last year, a new 500 km railway from Karpogory near Arkhangelsk to bring cargo to the new port in Indiga.

Now, according to the owner of the private investment company AEON, Roman Trotsenko, the beginning of the 300-billion-ruble port’s construction is set for the second half of 2024.

Previously, the creation of the port was planned to begin in 2023. However, because of a variety of challenges such as changing environment as a cause of climate change and unforeseeable weather conditions, the port’s construction has been postponed.

“We think that we will require two more seasons of navigation in 2022 and in 2023 where we will carry out drilling in the water sediments. This means that we will start designing [the port] by 2024, which will take approximately 12 months with permission from Glavgosexpertiza (the federal autonomous institution helping exercise the powers of the Russian Ministry of Construction). This means that the construction of the port can start from the second part of 2024,” Trotsenko said to TASS.

The plan is to have construction work completed by 2028.

The port is being built to further develop the Northern Sea Route and make it an even more attractive transportation alternative, especially for Asia-Pacific, West European and Northern American countries.

In its beginning stages, the port will be built to be able to handle up to 30 million tons of cargo shipments. However, later down the line, the new seaport is expected to support up to 80 million tons of transshipment, the Telegram channel of the Northern Sea Route Administration reports.

It is planned that the port will aid in the transshipments of methanol, liquefied natural gas, timber, and fertilizers.

It is expected that the deep-water Indiga seaport will outperform the Arkhangelsk port in terms of both coastline and depth. The deepest coastal waters in the area where the port will be built are 18 meters deep, which will make the port suitable for ships with a deadweight of 100 thousand tons and more.

Additionally, ice-class vessels will be able to travel without icebreakers because of the relatively ice-free waters. This project will also simplify cargo transportation via the Northeast Passage by shortening the route by 350–400 km, which will cheapen transportation costs.

These characteristics mean that the new port could theoretically become a very promising addition to the Northern Sea Route.