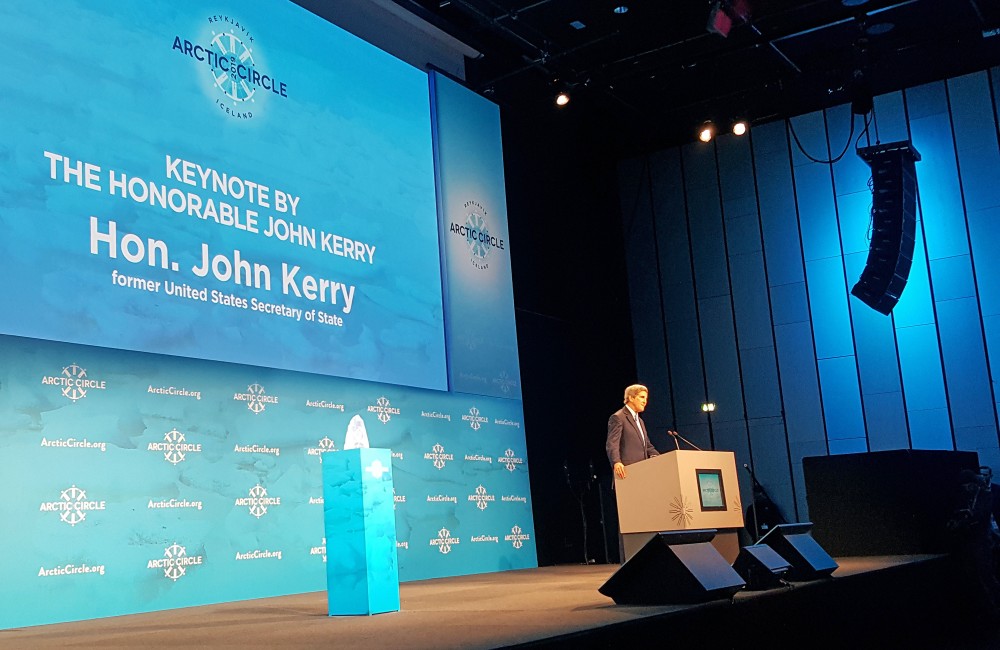 The Arctic Circle Assembly, one of the biggest northern-themed conferences in the world, is gearing up for its four-day, in-person gathering starting October 14 in Reykjavik.
Read in Russian | Читать по-русски

“This will also be the first big multi-sectorial gathering in Europe to take place since the Covid-19 pandemic began,” the organizers said in a news release.

They’ll be approximately 100 sessions offered this year, with more than 1,000 participants from 50 different countries.

As usual, the opening session will feature ministers and government representatives speaking on their Arctic strategies or policies.

Some of the confirmed speakers include:

The Arctic Circle began in 2013 as a way to bring together those interested in the Arctic, whether in the North, or elsewhere in the world. It was established by former Icelandic President Olafur Ragnar Grimsson.

Before the pandemic, the annual assemblies in Reykjavik drew more than 2,000 people.

They’re attended by everyone from politicians and Indigenous leaders to NGOs, businesspeople and academics.

Canada-themed sessions at this year’s gathering include everything from the evolution of Arctic policy in Quebec, to a session on Youth voices in the Arctic organized by Global Affairs Canada.

The event will run October 14-17 at Harpa, the Reykjavik Concert Hall and Conference Centre.

Why in-person events are important for a post-pandemic Arctic