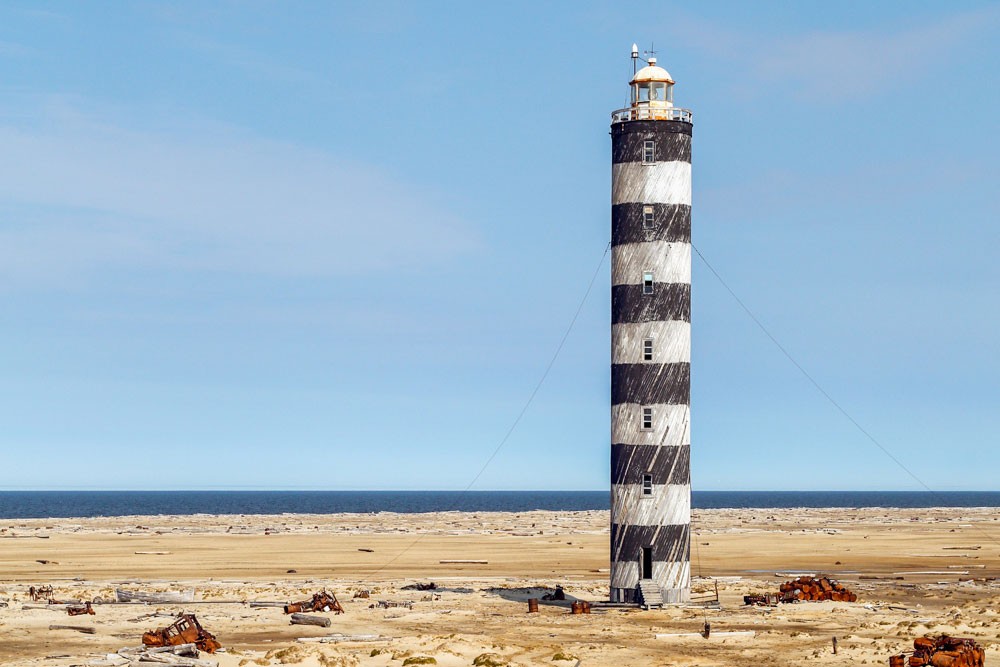 The country's quickly growing interest in the Northern Sea Route is leading to a reshuffle of regional lighthouses and navigation markers.
Read in Russian | Читать по-русски
By

Shippers on the Northern Sea Route all know the characteristic 36 meter high lighthouse that stands on the desolate island of Vilkitsky. It is one of the harshest parts of the Arctic shipping route, and the light from the guiding lamp has saved many sailors through the icy strait that separates the Kara Sea and Laptev Sea.

The Vilkitsky lighthouse is built in the early 1950s and is likely to shine for many more years. But that might not be the case with several of the 21 other lighthouses, as well as more than 1000 navigation markers, that are scattered along the vast Russian Arctic coast.

A new study commissioned by the Hydrographical Company, a subsidiary of Rosatom, concludes that a major reorganisation of navigation equipment along the route is needed before year 2035.

More than 700 navigation markers should remain along the route, and some of them must be modernized, the study says. It also recommends to abandon the current structure with six navigation control stations, and instead build three new stations in Dikson, Tiksi and Pevek, news agency Korabel reports.

If implemented, the restructuring would lead to the removal of about 300 units from service. According to Rosatom, there are today a total of 1022 navigation units, including 22 lighthouses, along the route.

Chief Engineer at the Hydrographical Company Andrei Oleynikov explains that the structure of the navigation system was developed in the 1960-1970s and is in dire need for upgrades.

“Considering the development of navigation technology installed in modern ships the requirements have lost their relevance,” he says in a comment to Korabel.

The first lighthouses in the region appeared in the 1930s when the Soviet Union actively launched exploration of the icy waters and new industrial objects were built. In the 1960s, the lighthouses were equipped by radioactive Strontium-powered RTGs, but all of these are now removed, Boris Vasiliev, Chief Specialist at the Hydrographical Company, explains to Strana Rosatoma.

It is now solar power and batteries that are applied in the installations.

According to the Rosatom-subsidiary, emerging industrial sites in the region are now priority for new navigation units. Among them are the Utrenny terminal in the Gulf of Ob, the Sever Bay on the Yaymyr coast, the Nagleynyn Cape near Pevek and the new port near Tiksi.