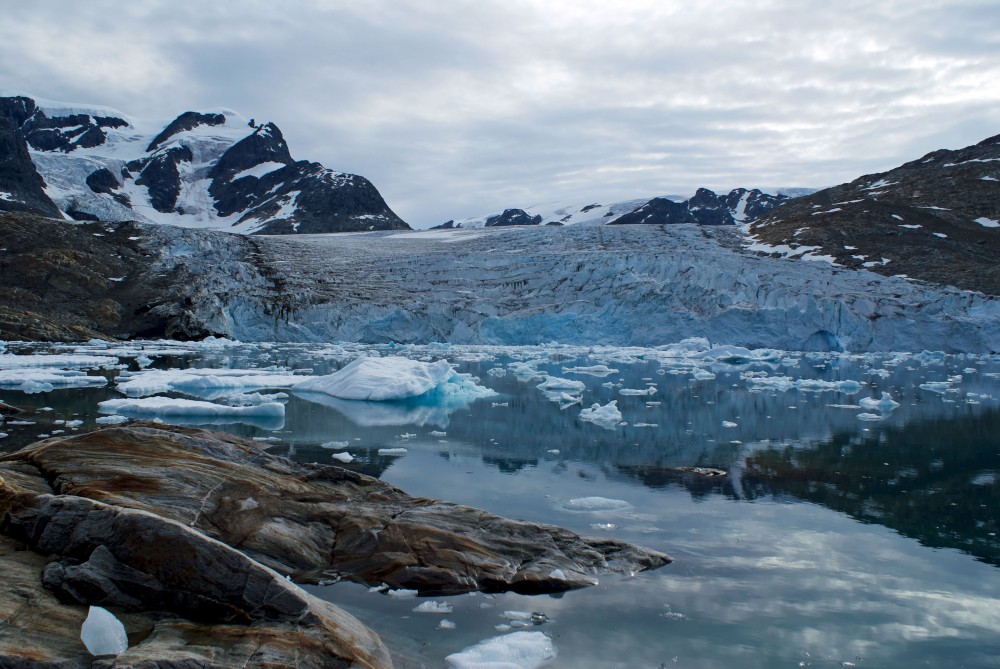 From rain on Greenland’s ice sheet to the browning of the eastern Siberian tundra, climate change is continuing to transform the Arctic in dramatic ways, says the Arctic Report Card 2021 released on Tuesday by the National Oceanic and Atmospheric Administration (NOAA).
Read in Russian | Читать по-русски
By

“This year’s Arctic Report Card continues to show how the impacts of human-caused climate change are propelling the Arctic region into a dramatically different state than it was in just a few decades ago,” NOAA Administrator Rick Spinrad said in a news release.

“The trends are alarming and undeniable. We face a decisive moment. We must take action to confront the climate crisis.”

The report card, put out annually since 2006 by the NOAA  in the United States, is a peer-reviewed publication that seeks to give a yearly overview of the changing Arctic.

This year’s edition included contributions from 111 authors in 12 countries.

Among the findings were the Arctic’s continued warming at twice the rate of the rest of the planet.

Average surface air temperature in the Arctic, considered an important marker because of its knock-on effects on permafrost thaw, glacier melt and sea ice decline, was the 7th warmest on record over the year period between October 2020 and September 2021.

This period also marked the 8th consecutive year since 2014 that air temperatures were logged at least 1 C above the long-term average, the report said.

In winter 2021, land in northeastern Canada, along with much of western Greenland, Baffin Bay and the Labrador Sea, had near-surface temperatures of 3-5 C above average.

On June 30, 2021 an Arctic weather station in Fort Smith, in Canada’s Northwest Territories, broke the provincial/territorial maximum surface temperature record with a reading of 39.9 C.

Scientists have reported drastic changes to sea ice since 1979 and the last year was no different, the report says.

The second-lowest amount of older multi-year ice since 1985 was recorded in summer of 2021.

And sea ice volume in April 2021, described in the report as the post-winter period, was the lowest since record keeping began in 2010.

“By the end of winter, ice volume in April 2021 was the lowest April volume within the 11-year record,” the report said. “This record suggests that while the rate of decline in September sea ice extent over the 2010-2020 period has slowed compared to previous decades, the ice has continued to thin.”

Ice in Canada’s arctic archipelago, which along with northern Greenland, typically has the thickest sea ice, was also affected by this trend.

“Comparing April 2021 to the average of previous years (2010-2020) in the CryoSat-2/SMOS [satellite data] record, the ice along the Canadian Archipelago and northern Greenland is thinner-than-average, indicating a thinning of the thickest-ice region of the Arctic,” the report says.

Among the most alarming Arctic events this year, was rain being observed at the summit of the Greenland ice sheet for the first time on August 21, 2021 during a heatwave, on of three extreme melt events experienced that summer.

“The last heatwave, during August 2021, was the latest date of an extreme melt event within the 43-year satellite record,” the report said.  “This event also brought the first observations of substantial rainfall to the highest Greenland ice sheet elevations at Summit Station, the long-term observatory and research station established in 1989.”

And overall, the warming Arctic continues to reduce the ice sheet’s mass and drive increasing impacts on the Arctic ecosystem.

“Following decades of relative stability, the ice sheet has now lost mass almost every year since 1998, with tied years of record ice loss in 2012 and 2019,” the report says. “Ice loss is exposing land, adding substantial freshwater into the ocean, and raising sea levels globally.”

Satellite data also registered increased tundra greening, something closely tracked by scientists as increased productivy of the vegetation signals changes in everything from permafrost soil to air temperature to sea ice loss.

“In North America, greening has been strongest in northern Alaska and mainland Canada, while flat or negative (“browning”) trends are evident in parts of the Canadian Arctic Archipelago and southwestern Alaska,” the report says. “In Eurasia, strong greening has occurred in the Russian Far East (Chukotka), but browning is evident in the East Siberian Sea sector and parts of the Taymyr Peninsula.”

Browning trends in the Arctic and prompted in part by increased water released  by permafrost thaw as well as ground sinking.

“While warming is likely to continue to drive Arctic greening, extreme events and other causes of browning are also increasing in frequency, highlighting the emergence of increased variability as a component of Arctic climate change,” the report says.

Twila Moon, an Arctic scientist with the National Snow and Ice Data Center in the United States, and one of three editors of the 2021 Arctic Report Card, said the health of the Arctic is critical to the health of the planet, and that knowledge about its changes are critical for the public as the global community tackles climate change.

“The Arctic story is a human story,” Moon said. “We all have a role to play in creating the best possible outcomes for the region, its residents, and all the citizens of the globe who depend on the Arctic as a critical component of our Earth system.”