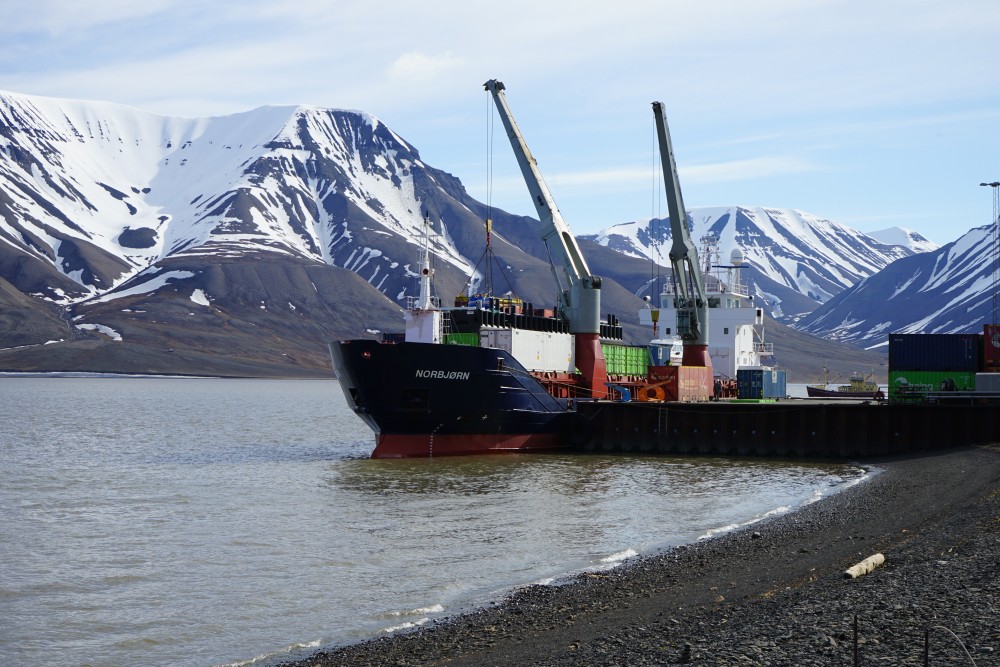 The United Nations’ International Maritime Organization (IMO) has adopted a voluntary measure that could have significant impacts for black carbon emissions in the Arctic.

Canada co-sponsored the resolution calling for the use of cleaner fuels by ships operating in the Arctic, to encourage the reduction of black carbon emissions in the region.

Black carbon is an emerging and growing problem in the Arctic, according to the Arctic Monitoring and Assessment Program, the science arm of the Arctic Council, said Walt Meier, senior research scientist at the National Snow and Ice Data Center.

The Arctic Council found shipping in the Arctic has increased by 25 percent over the last nine years, partly because it has become more viable due to melting ice, said Andrew Dumbrille, lead specialist of marine shipping and conservation at the World Wildlilfe Fund-Canada.

Black carbon — fine particles that exist through the incomplete combustion of fossil fuels — land on snow and ice when a ship passes through, said Meier. This affects the albedo, the whiteness of the surface, so the sun is absorbed, causing the snow and ice to melt, he said.

Accelerated melting of ice and snow is already a problem due to greenhouse gases and global warming, and black carbon makes a problem that’s already happening even worse, he said.

Black carbon has an effect like a greenhouse gas, said Dumbrille.

While particles landing is a concern, local temperature warming in the air around an emission source, is also a problem, said Dumbrille.

Climate change is being more acutely felt in the Arctic, where warming happens two to three times faster than the global average, said Meier, and regulation hasn’t caught up.

“If anything, we need more stringent regulations in the Arctic than we do in the mid-latitudes, because it’s a more sensitive environment,” said Meier.

North of 60 currently has lower emission standards than southern waters of Canada.

The resolution which passed at the IMO is “a good first step in decarbonization”, said Dumbrille, a sentiment echoed by others.

It is a voluntary call to have ships switch to distillate, lighter, cleaner fuels instead of residual fuels many ships are currently burning, which are heavier and produce more black carbon.

“Most pollution control measures started out as voluntary protection measures,” said Blomerus. “It’s the indication of a start of a process that will lead to meaningful reductions.”

The switch will come at a financial cost and that will be borne by someone, said Blomerus.

The Inuit Circumpolar Council (ICC) has actively been fighting for action on the issue.

“We depend on the snow, ice coast and marine ecosystem for our transportation and food security,” said Lisa Koperqualuk, vice-president international of the ICC.

While Inuit communities are dependent on the Arctic shipping fleet for their re-supply, they want to see their Arctic environment, sea, ice and coasts protected and are very concerned about the effects of black carbon causing the ice to melt, she said.

The council recognizes there is some cost involved in switching fuels.

“We have asked for and supported a transition fund to be established by the government to offset costs borne by industry,” said Koperqualuk, adding, “communities must not bear the cost of environmental protection.”

Unlike other environmental harms, black carbon and its effects are “pretty easily reversible,” said Meier.

The ships already in use can switch the type of fuel they use overnight, said Blomerus.

Doing so would have a financial implication, and potentially a huge environmental one.

On average, a ship changing from a residual to distillate fuel will trigger about a 44 percent decrease in black carbon emissions, but the difference could be as high as 80 percent, he said.

Canada is looking to implement a ban on the use and carriage of heavy fuel oil in Arctic waters by July 2024, said Liu.

Canada is also working with other countries on measuring black carbon and enhancing air pollution protections in Canada north of 60, she said.