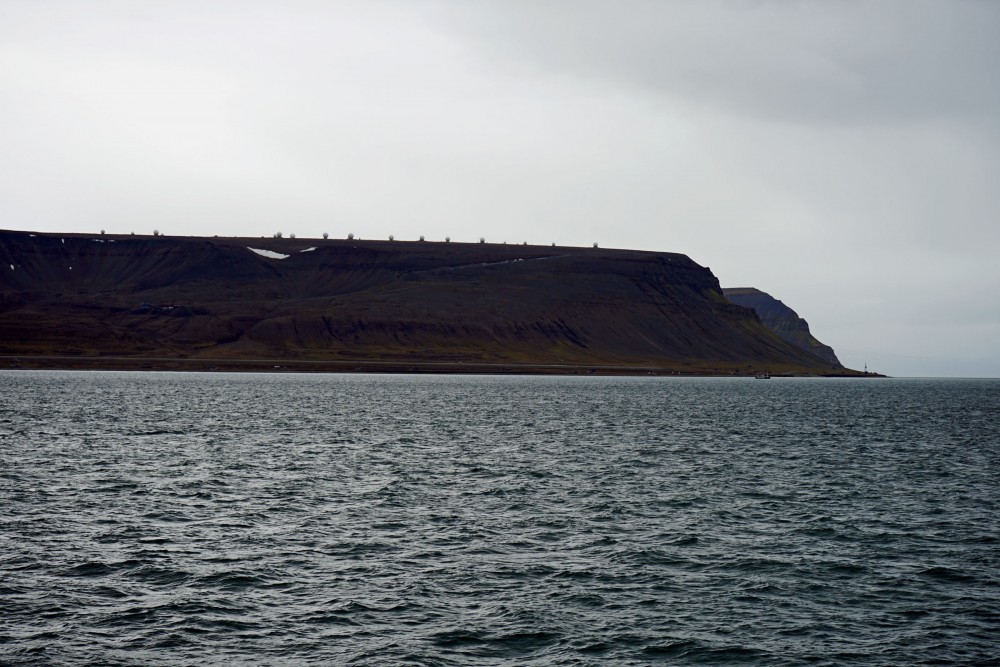 There is no redundant between the Arctic archipelago and mainland Norway after loss of power in the area where the fiberoptic cable follows the seabed down to a depth of 2,700 meters in the Greenland Sea.
Read in Russian | Читать по-русски
By

Operator of what is the world’s northernmost fiberoptic subsea cable, Space Norway, has located the disruption to somewhere between 130 to 230 kilometers from Longyearbyen in the area where the seabed goes from 300 meters down to 2700 meters in the Greenland Sea.

The two cables are 1,375 and 1,339 km respectively, and Space Norway informs in a press release that there is good connection in the cable still working, but with the other broken there is no redundancy.

How the damaged has happened is not clear, it will be examined, Space Norway informs. A ocean-going cable-laying vessel would be required to repair the cable.

In addition to providing the settlement of Longyearbyen with internet broadband, the fiber optic cables serve the SvalSat park of more than 100 satellite antennas on a nearby mountain plateau. SvalSat is today the world’s largest commercial ground station with worldwide customers. Its location at 78°N, halfway between mainland Norway and the North Pole, gives the station a unique position to provide all-orbit support to operators of polar-orbiting satellites.

“I have been informed that an error has occurred on part of one of the two fiber connections between Svalbard and mainland Norway. Communication to and from Svalbard is still running as normal, even though one of the connections now has failed,” Enger Mehl says.

New batch of satellites brings broadband to the Arctic