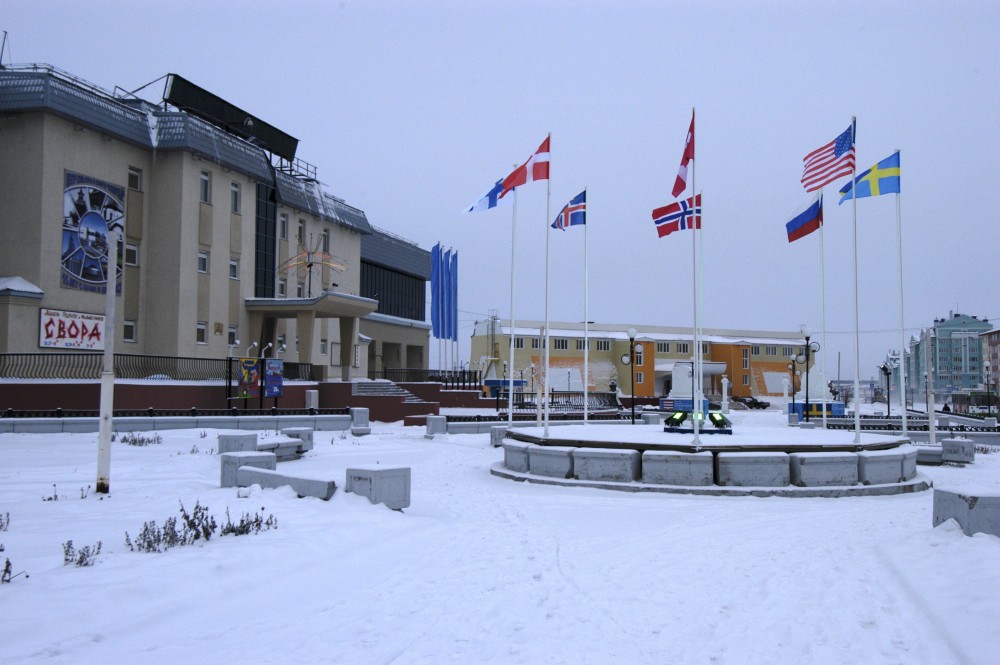 None of the other member states will travel to Russia for meetings in the Arctic Council, which for the current two-year period is chaired by Moscow.
Read in Russian | Читать по-русски
By

Fundamentally changing the cards for Arctic cooperation, the statement was published Thursday afternoon and is signed by Canada, Denmark (with Greenland), Finland, Iceland, Norway, Sweden and the United States.

The seven countries take a clear stand against the war and say they “condemn Russia’s unprovoked invasion of Ukraine and note the grave impediments to international cooperation, including in the Arctic, that Russia’s actions have caused.”

The states add that additionally, they are temporarily pausing participation in all meetings of the Council and its subsidiary bodies pending urgent considerations of the necessary modalities that can allow them to continue the important work of the Arctic Council.

The next executive and plenary meeting with Senior Arctic Officials, the top diplomates from each member country responsible for the cooperation, was supposed to take place in Arkhangelsk in late May.

Also, the high-profile Arctic Territory of Dialogue conference in St. Petersburg in mid-April will fail to see official participation from other member states.

Foreign Minister Sergey Lavrov took over the chair of the Council at the Ministerial meeting in Reykjavik last spring for the two-year period 2021-2023. Norway is next to take lead in the rotating chairmanship.

Morten Høglund, Senior Arctic Official (SAO) for Norway, says to the Barents Observer that consequences, in the long run, are uncertain.

“It is too early to tell more about the long-term consequences and how this will affect the Norwegian leadership of the Arctic Council,” Høglund says.

At its last plenary with Senior Arctic Officials, in Salekhard northern Russia in December, the body’s 10-year strategic plan was on the agenda. Climate change, youth engagements and health issues facing Arctic inhabitants were debated as well as efforts for preservation of the marine environment.

Established in 1996, the Arctic Council was considered an important milestone enhancing cooperation in the circumpolar North. The Ottawa Declaration outlines how the eight Arctic States will use the forum to provide means for promoting cooperation, coordination and interaction among the Arctic States.

Since the very start, full involvement of indigenous peoples living in the areas has been a cornerstone.

Six indigenous communities have permanent participant status, and several intergovernmental and non-governmental organizations have observer statues, among them the International Union for Conservation of Nature and the World Wildlife Fund for Nature Arctic program.

In addition, 13 non-Arctic states have been granted observer status to the Council.

Over the last few years with growing geopolitical tensions between Russia and the West, cooperation in the Arctic has been highlighted as an area with low conflicts and common global interests to maintain stability and international contacts.

As of today, also the future of Arctic cooperation seems to be in jeopardy.