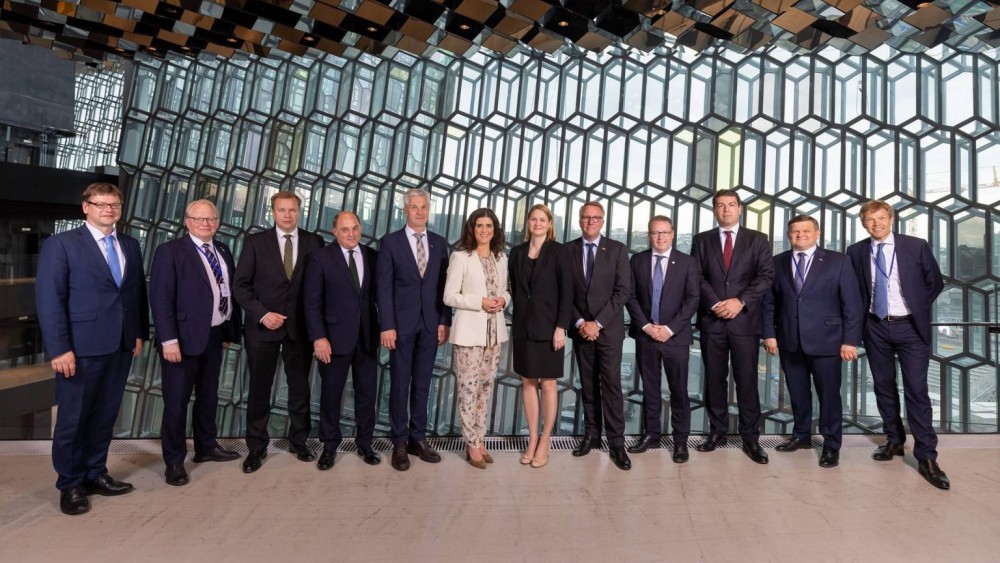 Defence Ministers of the Northern Group at their meeting in Reykjavik. Photo: Sigurjón Ragnar/MFA Iceland

Arctic security was among the top issues discussed at the Northern Group meeting in Reykjavik this week, the member countries’ defence ministers said in a joint statement.
Read in Russian | Читать по-русски
By

The fallout of Russia’s invasion of Ukraine dominated the discussions along with its implications for the North.

“We underline our strong political unity and cohesion in the face of threats to the security of our region,” the defence ministers said in a statement on June 8.

“We will continue to strive to protect our common values of democracy, rule of law, freedom and human rights. We underline that the sanctity of internationally recognized borders is a bedrock principle of international relations. Any erosion of this principle represents a grave danger to a system that is based on international law and rules-based order.”

“International partnerships are our strength”

The Northern Group, short for the Northern European Defence Policy Forum, is made up of the Nordic and Baltic countries as well as the U.K., the Netherlands, Poland and Germany.

The group was initiated by the United Kingdom in 2010 to collaborate on security issues in northern Europe.

“At these uncertain times, our international partnerships are our strength,” U.K. Defence Secretary Ben Wallace said in a statement.

“I look forward to continuing to strengthen our relationship with the Northern Group which, alongside NATO and the Joint Expeditionary Force, helps ensure our mutual safety.”

Iceland’s Foreign Affairs Minister, Thordis Kolbrun Reykfjord Gylfadottir, who chaired the meeting, said the regional expertise of the group is an important strength.

“It’s valuable for us to be able to provide insight to our closest allies and partners into how we in Iceland manage our security and defence, and how we contribute to our shared security environment in the North Atlantic and the Arctic, as a nation without armed forces,” she said in a statement this week.

“This will improve our collective defence and enhance security and stability in Northern Europe,” the ministers said.

The chair of the Northern Group rotates every six months. Norway will take over from Iceland later this year.