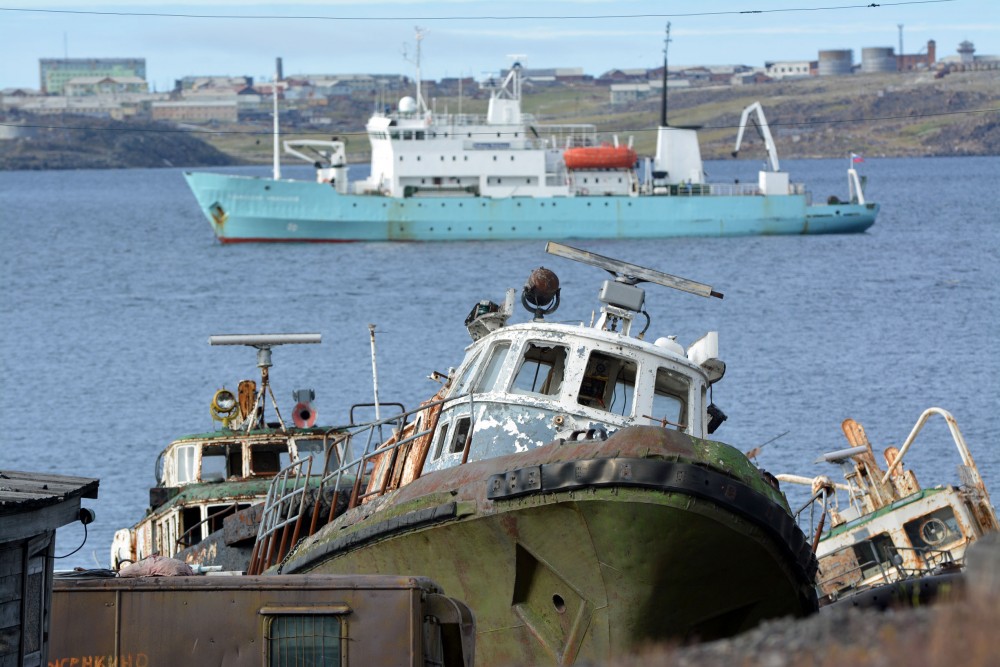 Port of Dikson north on the Taymyr Peninsula is Russia's northernmost and in key position for supporting navigation along the Northern Sea Route. Photo: Thomas Nilsen

Foreign military vessels are now required to notify Russia through diplomatic channels three months in advance before sailing north of the Siberia coast between Europe and Asia.
Read in Russian | Читать по-русски
By

Can Russia claim absolute control of all navigation along the Northern Sea Route, or will the freedom of navigation act under the U.N. Convention on the Law of the Sea (UNCLOS) allow for innocent passage right through straights whose baselines are within territorial waters?

The question is again in dispute as the Federation Council, the upper chamber of Russia’s parliament, on November 30 approved the law promptly suspending the rights of foreign warships in what the country claims to be “internal waters”.

Three straits along the Northern Sea Route are important for the new limitations; the Kara Gate, the Vilkitskii Strait, and the Sannikov Strait.

According to the law, no more than one foreign warship or other state-owned vessels may be located in the internal waters along the Northern Sea Route. Exceptions can be made if the warship is on a visit to a Russian port, news agency TASS reports.

The new law makes it possible to promptly suspend the passage of foreign warships and other governmental ships transiting the route.

Foreign submarines must navigate on the surface under their own flag.

The law is made to “ensure the national interests of the Russian Federation in the Arctic region, as well as the safety of maritime navigation in the Northern Sea Route.”

The United States is maintaining the freedom of navigation should apply also to transit voyages by navy vessels in the waters north of Siberia, outside Russia’s territorial sea.

Russia has over the last decade rebuilt several military Arctic bases and the country’s Northern Fleet is annually exercising the waters of the Kara Sea, the Taymyr Peninsula and as far east as the New Siberia Islands.

In 2019, former U.S. Secretary of State Mike Pompeo stunned the audience at the Arctic Council ministerial in Rovaniemi, northern Finland, when he highlighted security concerns.

Pompeo said the U.S. was concerned about Russian claims over the Northern Sea Routes.

The Department of Defense published its Arctic Strategy report in 2019 highlighting “ensuring freedom of navigation.” The DoD called out Russia as a threat in the Arctic.

The U.S. Navy, however, has never challenged Russia by sailing the Northern Sea Route in transit between Asia and Europe.