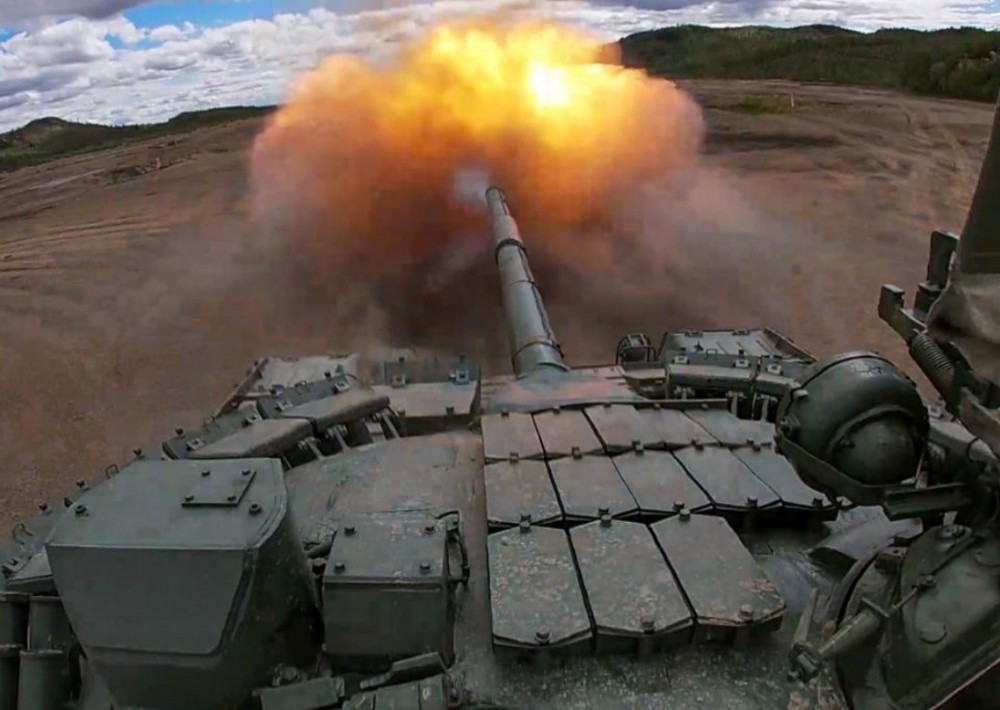 The potent Russian forces deployed in the Pechenga region have brought their full force of new Arctic T-80BVM tanks to the shooting ranges located along the border to Norway.
Read in Russian | Читать по-русски
By

It was the official Tankman’s Day when the motorised brigade in Pechenga started the engines of its modernised tank force.

According to the Russian Armed Forces, more than 40 T-80BVM tanks on the 11th September took part in joint drills with paratroopers and infantry units.

The training included shooting on moving targets at up to 2,000 meter distance with 125 mm guns, as well as with Kord large-calibre machine-guns. Tank drivers were practicing driving through difficult terrain, and service personnel did practical training on getting the armoured vehicles ready for combat.

The motorised infantry brigade in Pechenga have over the past years undergone a major modernisation of its armament. Since 2018, the tank force has been fully upgraded, and the ageing T-72 replaced by the T-80BVM. There are now more than 40 new tanks in the local units.

The Russian military considers the T-80BVM the tank best suited for operations in the high north and it is now branded as the country’s main “Arctic tank.” The vehicle has a 125 mm smoothbore gun with a range of up to 3,000 meters. Secondary armament consists of a coaxial 7,62 mm machine gun and roof-mounted 12,7 mm machine gun.

The T-80BVM is an upgraded version of the T-80BV main battle tank. It was first publicly revealed in 2017

Russia today reportedly operates a total of 4,500 T-80 main battle tanks of all variants. Due to high operational costs these tanks are being kept in reserve. Currently Russian Army operates T-90MTBs and overhauled or upgraded versions of the T-72.