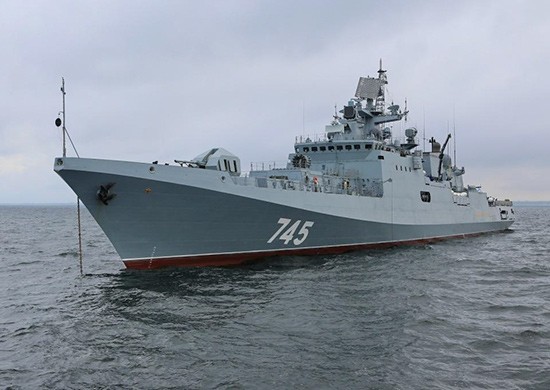 A frigate like this is now on voyage towards the Barents Sea. Photo from Wikipedia

Built in Kaliningrad and aimed for the Black Sea fleet, Russia’s newest frigate is now on voyage towards the Barents Sea, news-agency TASS reports.

The frigate left the port of Baltiysk on Sunday after test-sailing the Baltic Sea for a week. The vessel will do test shootings of its weapon-systems in the Barents Sea until mid-November before sailing south to Black Sea.

«Admiral Makarov» is the third vessel in the class, and another two are under construction at the Yantar yard in Kaliningrad.

Onboard armament includes cruise missiles, likely Kalibr and Oniks, both with a range not suitable for test-shootings in the Baltic Sea. The frigate also carries torpedoes, rockets and a 100mm naval gun.

September and so far in October has been a very active exercise period of the Russian navy in northern waters. Over the last few weeks, larger areas of both the Barents Sea and the White Sea have been closed off for civilian vessels due to heavy naval activities with launching of cruise-missiles, ballistic missiles and artillery shootings.