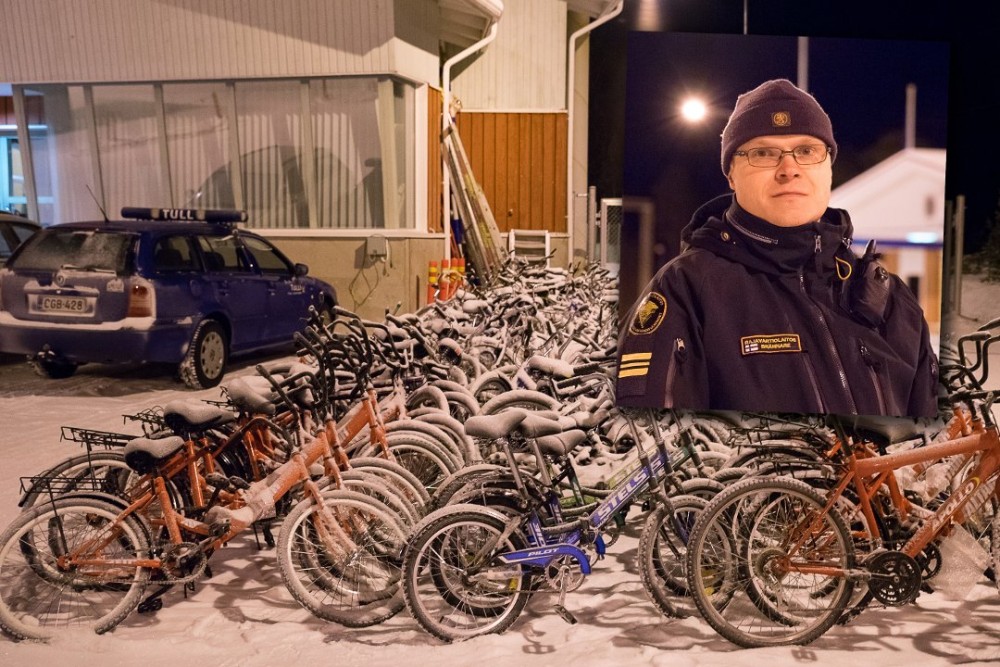 No asylum seekers on bicycles have entered Finland in the north since the day before Christmas Eve. Jani Brännare is Head of Raja-Jooseppi border checkpoint. Photos: Ole-Tommy Pedersen / Finnmarken.

No asylum seekers have entered Finland on bicycle from the Kola Peninsula since the day before Christmas Eve.
By

It is now only allowed to cross the border from Russia to Finland at Raja-Jooseppi and Salla by car, reports Finland’s Border Guards quoted by Lapin Kansa.

The measure is introduced because “riding bicycles in the winter is a threat to cyclists themselves and others in the traffic.”

Since December 1st, the numbers of asylum seekers entering the two northernmost border checkpoints to Finland have increased substantially after Norway introduced new immigration rules at its Storskog checkpoint. Since November 30th, no asylum seekers have come to Norway via the so-called Arctic Route from Russia.

On Saturday, five asylum seekers entered Lapland at Salla checkpoint as passengers in a vehicle, and the sixth – the driver – is now suspected of organizing illegal human trafficking, Finland’s MTV reports.

Before Christmas, officials from Finland’s Ministry of Interior had meetings in Moscow discussing the refugee crisis. Procedures to stop the increasing flow of asylum seekers to Raja-Jooseppi and Salla was on the agenda, YLE reports.

In total, more than 600 asylum seekers have crossed into northernmost Finland from Russia this winter, reports the Finnish Border Guards. The majority are Afghans, Nepalese, Iraqis, Iranians and Syrians.

At Norway’s Storskog checkpoint, more than 5,500 asylum seekers came in the period from August to late November. The migrants travel to the north from Moscow via Murmansk. Both Norway and Finland are now returning those with legal papers to Russia.