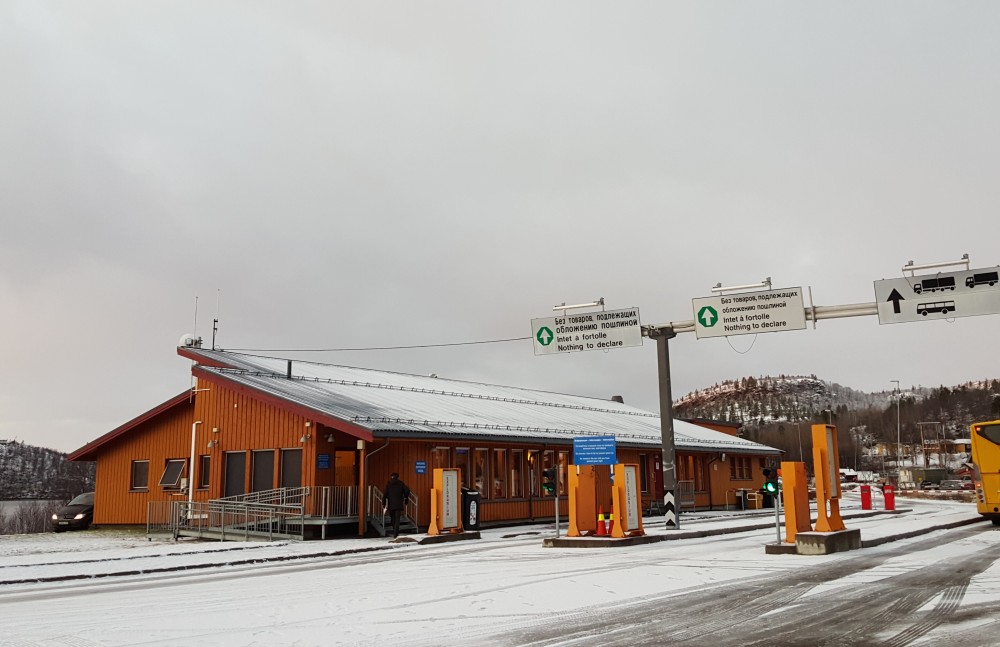 No migrants have come to Storskog checkpoint over the last 48 hours. Photo: Thomas Nilsen

End of story? Arctic Route for refugees to Europe seems closed.
By

Police in charge of immigration at Storskog border checkpoints reports about a second day in a row without one single migrant.

Yesterday, Norway said enough is enough and placed police officers on the borderline to Russia.

“Persons without a valid visa will not be allowed to enter Norway,” State Secretary Jøran Kallymyr in the Ministry of Justice and Public Safety told the Independent Barents Observer an hour after the new regime went into force.

With police officers on the borderline, potential asylum seekers will not be allowed to step on Norwegian soil and the police can then return them without further questions.

Since August, a steady flow of migrants has taken the Arctic Route. First to Moscow, then with plane or train to Murmansk with connections further towards the border in taxies. The last short distance has been on bicycles since it is not allowed to walk between the Russian checkpoint at Borisoglebsk and the Norwegian Storskog.

So, where are all the migrants gone? Spokesman Denis Rozolinsky with FSB Border Guard for Karelia, under which the Borisoglebsk checkpoint belongs, says to FlashNord newsportal that there is a significant decrease the last two days.

“The flow of refuges has decreased significantly,” he says. FSB Border Guard believes the reason is linked with the measures taken by Norway.

In the period from August to November, more then 5,000 migrants and refugees entered Norway from Russia in the north. The majority are from Syria and Afghanistan, but people from more than 20 different nations have entered Schengen-Europe at the northernmost border checkpoint.