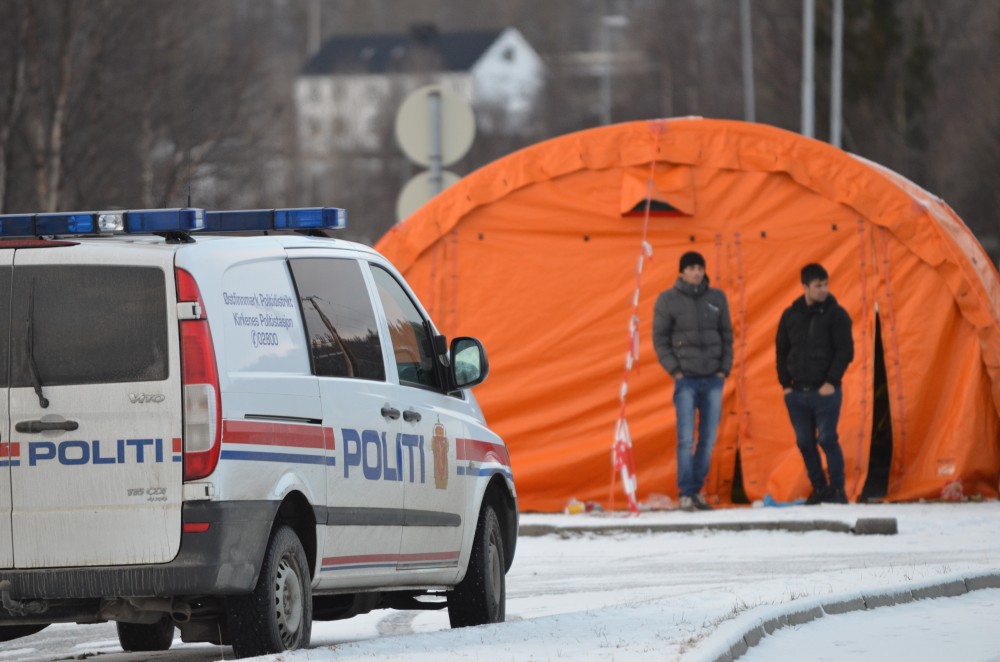 The travel cash is enough to cover one-way ticket from Murmansk to Moscow.
By

Norway’s National Police Immigration Service, in charge of returning people without legal stay, is preparing for bus transport to Murmansk. Monday, between 60 and 70 people, including children, are awaiting transport at a camp outside Kirkenes near Norway’s border to Russia.

Since late December, no migrants have been returned back to Russia via Storskog border checkpoint, but hundreds of those coming to Norway last autumn via the so-called Arctic Route are expected to be sent back.

“The escort will for individual cases consider to provide up to $100 for travel-support, especially if those being sent out are continuing further from an airport,” says Daniel Drageset, Communication Advisor with the National Police Immigration Service.

The police do not comment on when the busses with migrants will start driving across the border.

Most likely, the busses with Norwegian police officers as escorts will drive to Murmansk. To the Independent Barents Observer, police officials will not tell the destination, more than confirming the busses “will drive out of the Russian border zone.”

The possibility for cash support to buy tickets out of Murmansk is normally given to those who need it, Daniel Drageset says.

From late summer until November 29th, more than 5,500 migrants came to Norway from Russia in the north. Some of them is said to have paid thousands of dollars for the travel-arrangements via Moscow and Murmansk and further to Storskog. Others, buying the tickets themselves, had to cash out some few hundred dollars for a bicycle for the last few metres across the borderline to Norway, a borderline Russian rules says it is not allow to cross by foot.

Before Christmas, 371 migrants were returned to Russia via Storskog. None of them got any travel support from Norwegian authorities.