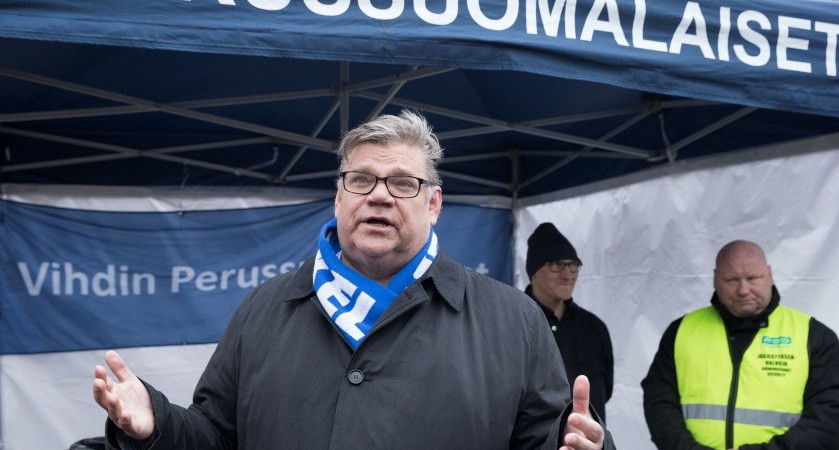 On a three-day visit to the country’s northernmost region, Soini says migration from Russia must be curbed.

“It seems that harsher actions, even significantly, are necessary. We must put a stop to this illegal immigration and migration,” Yle News quotes Soini as saying.

The minister now calls for intensified contact with Russian authorities. Both the prime minister and the interior minister will soon meet with their Russian counterparts, Soini said.

”We need quick results. I believe we will get them,” he added, Yle reports.

Between 5-20 migrants daily cross the Russian-Finnish border in the north.

The migrants first travel to the Russian town of Kandalaksha and from there make it westwards through the desolate forestlands to the border areas to Finland. Lately many of the migrants have acquired old Russian cars to make it to the border. Several dozens of cars are reportedly waiting to get across.

Last week, a man froze to death while waiting for turn to cross.

During his visit Salla on Friday, Soini avoided answering directly on a question about the possible closure of the border, but underlined that “everything is possible”.

The foreign minister and Finns Party chairman maintains that organized crime is behind the migration flows across the Russian-Finnish border.

“There are human traffickers and people smugglers, organised activities”, he underlines, Yle reports.