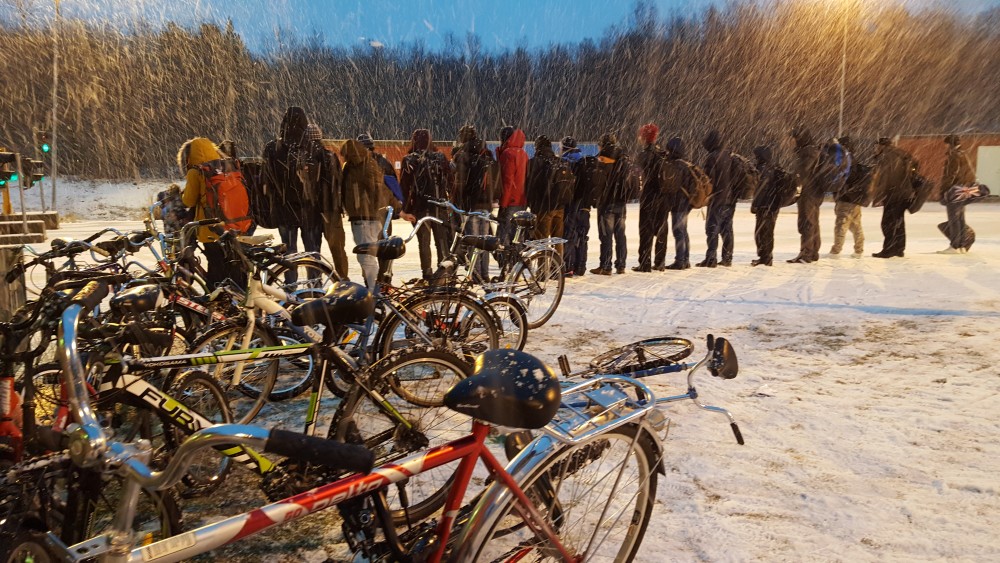 Since Monday, not one single asylum seeker has been allowed to cross the border from Russia’s Kola Peninsula to either Raja-Jooseppi or Salla in Finnish Lapland.

Just like on the border to Norway on November 29th last year, the flow of migrants has stopped from one day to the next.

Tuesday, Wednesday and Thursday this week has not seen a single border-crossing migrant, reports the Finnish Border Guard.

More than 1,000 persons traveling in transit via Kandalaksha south in the Murmansk region have since New Year applied for asylum after crossing the border to Lapland in Finland. The last seven asylum seekers from the Kola Peninsula to Finland came on Monday this week.

Stuck in limbo in Kandalaksha

There are still many migrants in the town of Kandalaksha. The town has served as a transit-hub for those awaiting for transport further west to the border checkpoint Salla. Earlier this week, several tens of the migrants organized a protest demonstration, holding posters “We want to go to Finland” and “Help, help!” reports the regional branch of Russia’s state TV channel Rossiya 1.

Interviewed on TV, the migrants claim the organizers supposed to drive them to the border have taken the money and disappeared.

Others say they don’t have more money, either for food or to pay for the accomodation.

The distance from Kandalaksha to the Finnish border i some 200 kilometres.