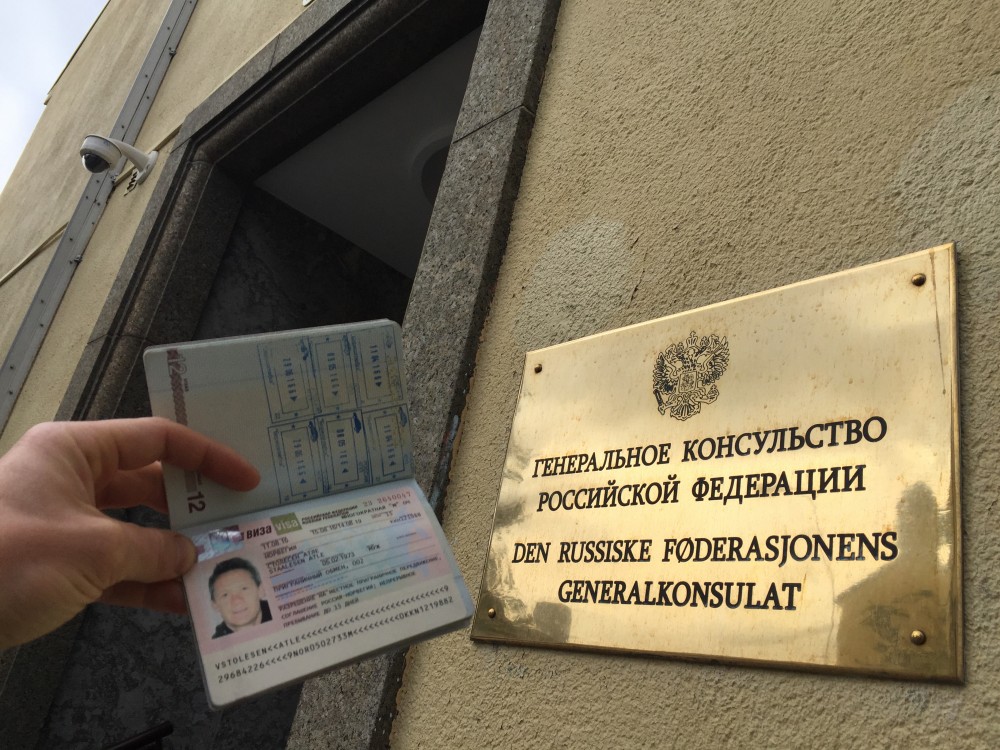 Got it! The Russian General Consulate in Kirkenes, Norway, has issued about 5,500 visa-free travel permits. Photo: Atle Staalesen

Almost half the population of Kirkenes can cross the border to Russia without a visa.
Read in Russian | Читать по-русски
By

For many locals in the Norwegian border town, a restaurant visit in the neighboring town of Nikel or a stop in the Russian gas station has become a part of everyday life. That is much thanks to a smooth local travel regime between the two countries.

In 2012, a bilateral agreement on Local Border Traffic came into force. It grants people living in the two countries’ border areas the right to visit each other without visas. Since then, thousands of local travel permits have been issued by Norwegian and Russian consular authorities.

«It has been a fantastic success», Kirkenes Mayor Rune Rafaelsen says. «It means a lot for us, it is important for local East-West relations», he underlines to the Barents Observer.

Since the regime was introduced 31 May 2012, about 5,500 border permits have been issued by the local Russian General Consulate. That means that close to half the population in the Kirkenes municipality are eligible for visa-free travel.

Figures shared with the Barents Observer by the General Consulate show that the number of permits issued remains high. In the period from 1 January to the 17 August this year, the Consulate issued 571 permits. That is is less that in the same period 2015, but still a considerable number.

Also Russians are benefitting from the local border traffic. According to Vegard Valli, Consul at the Norwegian General Consulate in Murmansk, about 2,500 border permits have been issued to people in Pechenga, the border municipality in Murmansk Oblast.

«We consider this arrangement a success, which has the potential to include even more people», he says to the Barents Observer.

«Compared with a regular visa, the advantage with the border permit is that it costs only €20 and that it is valid for up to three years», he underlines.

The success has been the biggest on the Norwegian side. Mostly because it is more expensive and difficult for Norwegians to obtain regular visas then it is for Russians. A visa to Russia can  cost more you several hundred euros, while Russians get a Schengen visa for only €35.

«However, we want people to have it both ways», Valli says. «Both a visa and a border permit».

The Norwegian-Russian local border traffic regime is now the only of its kind operating between Russia and a neighboring country. A similar regime was in effect between Kaliningrad and parts of Poland. However, in early July the regime was suspended by Poland and reciprocal action was soon made by the Russian side.

«I want to underline that there are no plans on the Norwegian side to suspend the arrangement like in Poland», Consul Vegard Valli says. «On the contrary, I believe that the regime today stands stronger than ever and that there still is an unreleased potential in the area», he adds.

«In the town of Nikel and Zapolyarny, there are several tens of thousands of people who are eligible to apply for the permit».