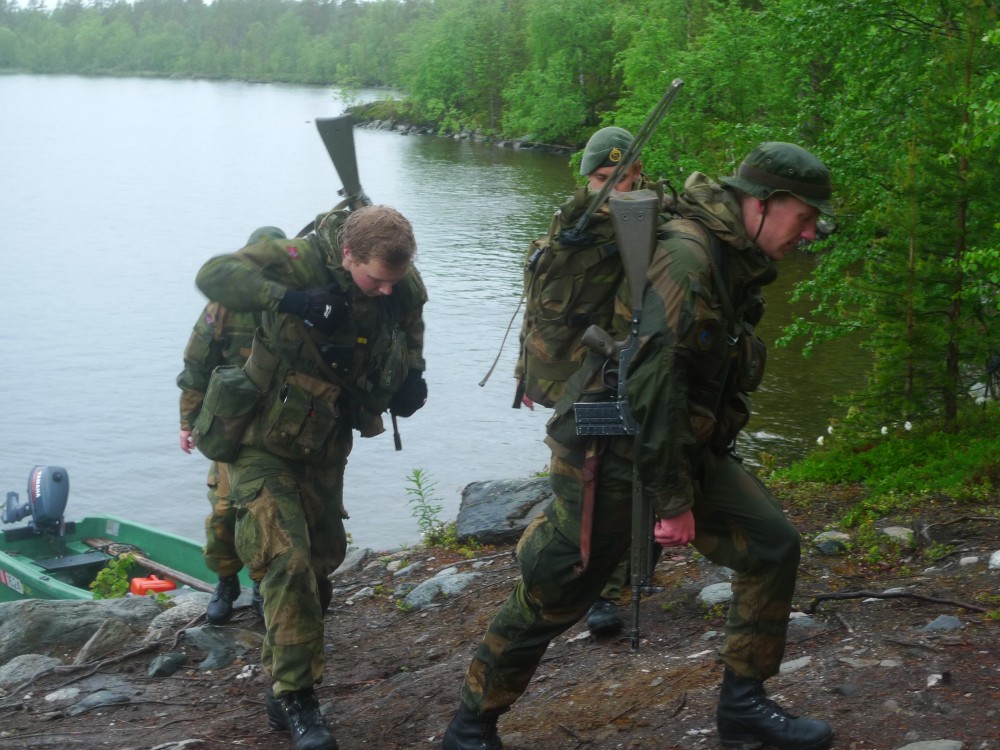 Military border guards and the police started to search the terrain after traces on both sides of the Norwegian-Russian border.
By

The press service of Finnmark Police says to the Barents Observer that search started on the Norwegian side of the border. Police patrols put up check-points late Sunday along the road from Jarfjord towards Elvenes, the road where possible persons will have to travel to get further into Norway.

Border Commissioner Roger Jakobsen says to the Barents Observer that traces in the terrain were marked by one of the dogs on patrol together with Norway’s military border guards in the Jarfjord mountain area. Jakobsen says the Norwegian patrol followed the traces across the border, in accordance with the border agreement. The dog also marked for traces on the Russian side.

No further evidence or indications of a possible illegal border crossing have been found so far.

Only four illegals in the terrain since 2005

Illegal border crossings in the terrain is very rare along the 196 kilometers border, the northernmost external land border in the Schengen area.

Since Norway became a Schengen member in 2001, only four known illegal border crossings have happened. In 2005, a person walked over to Jarfjord and another was found dead on the Norwegian side of the Pasvik River after trying to swim over the cold water. Three years ago, another man managed to swim over the river and asked for asylum in Norway. The last took place in November last year when a Chinese citizen came over from Russia to Norway in the northern sector of the border.

On the Russian side, the border regime is very strict and tightly controlled. A barbed wire fence stretches all along the border from the Barents Sea in the north and continues further south along the border to Finland. Cameras and electronic detectors on the fence and other surveillance equipment makes it hard for any persons to enter the several kilometers wide border zone that has to be passed before even coming close to the actual border line to Norway.

Last autumn, some 5.500 migrants crossed into Norway at Storskog border checkpoint on the so-called Arctic Route via Russia’s Kola Peninsula to Norway.

After FSB Border Guards denied possible asylum-seekers to enter the border zone towards Norway on November 29th, not one single migrant has crossed the border in the north. FSB, however, issued a warning in early November, saying more attempts for trespassing the barbed wire fence towards Norway and Finland from Murmansk and Karelia could come.

Norway is the only Schengen member state that has military border guards on mission along its external border. The guards, however, are patrolling on behalf of the police that has the overall jurisdiction the border.