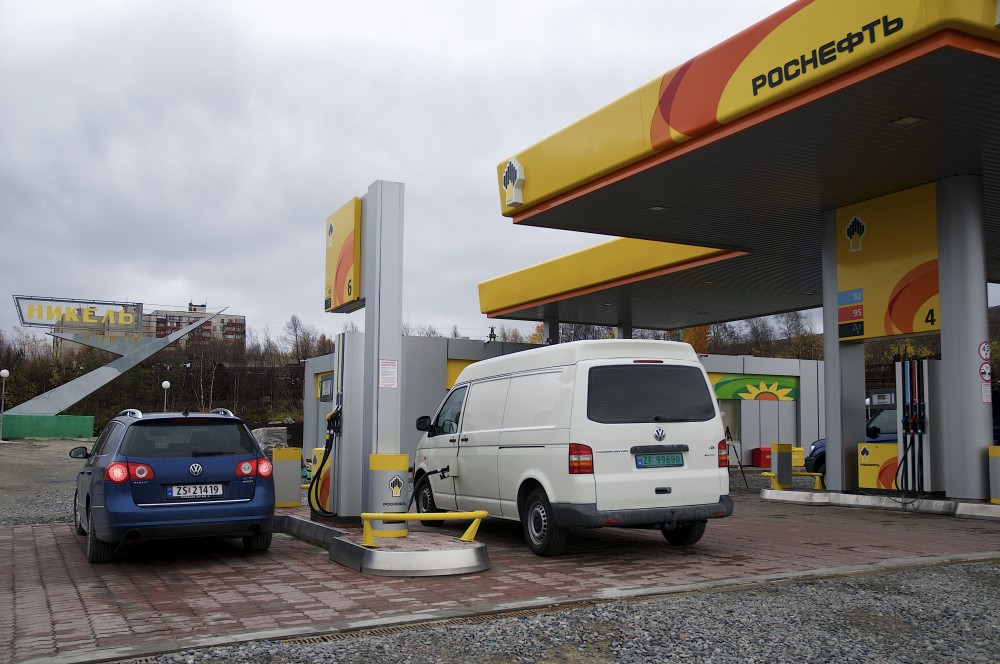 November traffic is up 7,2% and it is Norwegians that counts for the increase.
Read in Russian | Читать по-русски
By

Petrol is one third of the price in Russia compared with Norway. For Rosneft gas station in Nikel that is good news.

Police in charge of immigration control at Storskog checkpoint counted 21,483 border crossings at the Norwegian-Russian border in November, up from 20,040 the same month last year. Norwegians are the ones counting for the majority of the increase with 900 more month-by-month.

3,379 Norwegians and 2,144 Russians crossed the border under the visa-waiver agreement for citizens living less than 30 kilometers from the borderline between the two countries. Introduced in 2012, the visa-freedom regime is important for local businesses on both sides. Norwegians mainly buy petrol in Nikel, while Russians have a wide selection of shopping in Kirkenes that can’t be matched by local shops at home.

Over the last two years, the road between the Russian border checkpoint and Nikel has been under reconstruction. Finally finished wide new asphalt, it takes less than one hour to drive between Kirkenes and Nikel, or Zapolyarny – the second Russian town included in the visa-waiver area.