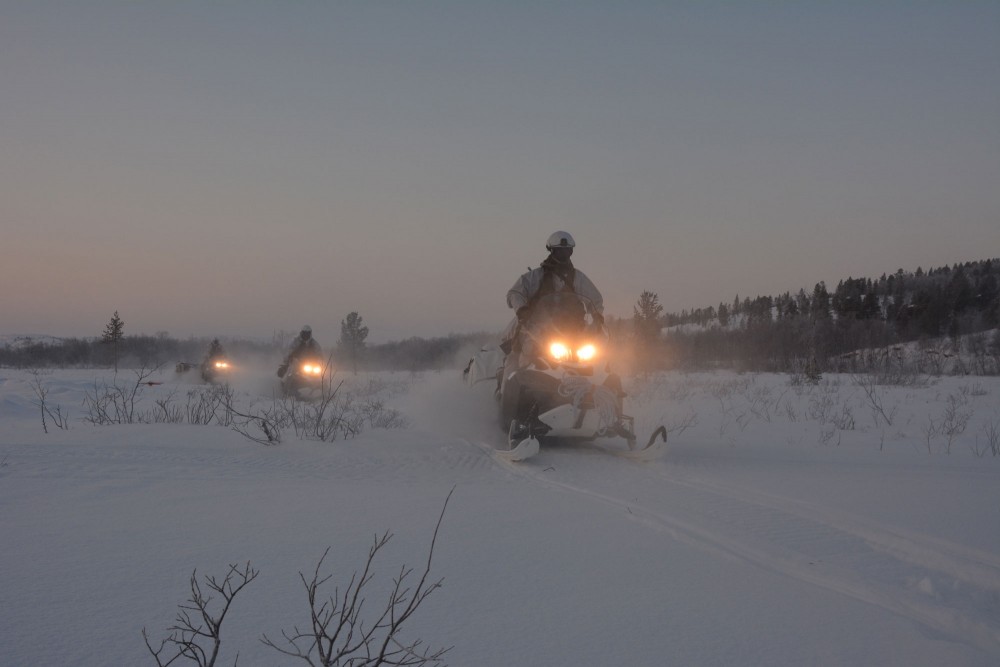 While the Finnish Border Guard has launched serious investigation, other Finns make social media jokes suggesting unconditionally surrender to get access to Norway’s oil money and know-how on asthma medication.
Read in Russian | Читать по-русски
By

The incident took place in the northern part of Enontekiö municipality, where Finland borders northern Norway, the Finnish Border Guard informs. A short note tells that the soldiers unauthorized border crossings took place last Thursday, but was made public a week later.

The snowmobile ride on the Finnish side of the border lasted for about a kilometre and the soldiers were at a maximum of 400 meters into the territory of their eastern neighbour.

Norwegian and Finnish authorities are now investigating the case, which first was informed to the Finns by Norwegian military officials. The two countries share a 736 kilometres long border in the north.

“A Norwegian patrol on snowmobiles was on the wrong navigation path last Thursday, so they entered the Finnish side of the border by a few hundred metres,” Stordal tells to the Barents Observer.

He says the patrol reported the incident to the Headquarters, who again informed Finnish authorities via diplomatic channels.

Stordal underlines that Norway and Finland have a well known good relationship, including military joint trainings.

It is not everyday soldiers from a NATO country makes unauthorized entry and the case has naturally got coverage in Finnish national media, both by state broadcaster YLE and news agency STT. Additionally, Finns have started to joke about the case on twitter.

“We should surrender unconditionally just to get access to the Norwegian know-how on asthma medication,” one ironic tweet reads hinting to Norway’s cross-country skiers’ luggage of asthma drugs when going to the latest Olympics in PyeongChang.

Another tweet follows up: “Not to mention access to Norway’s oil money! Surrendering to Norwegians would mean the end to all our money troubles.”

While the incident is under investigation in the north, Norway’s Defense ministers Frank Bakke-Jensen met with Jukka Juusti, Finland’s Permanent Secretary in the Ministry of Defense in Bergen, Norway together with the other Nordic ministers to discuss joint military cooperation in times of a more unpredictable security situation globally.

Norway will not give away mountain peak