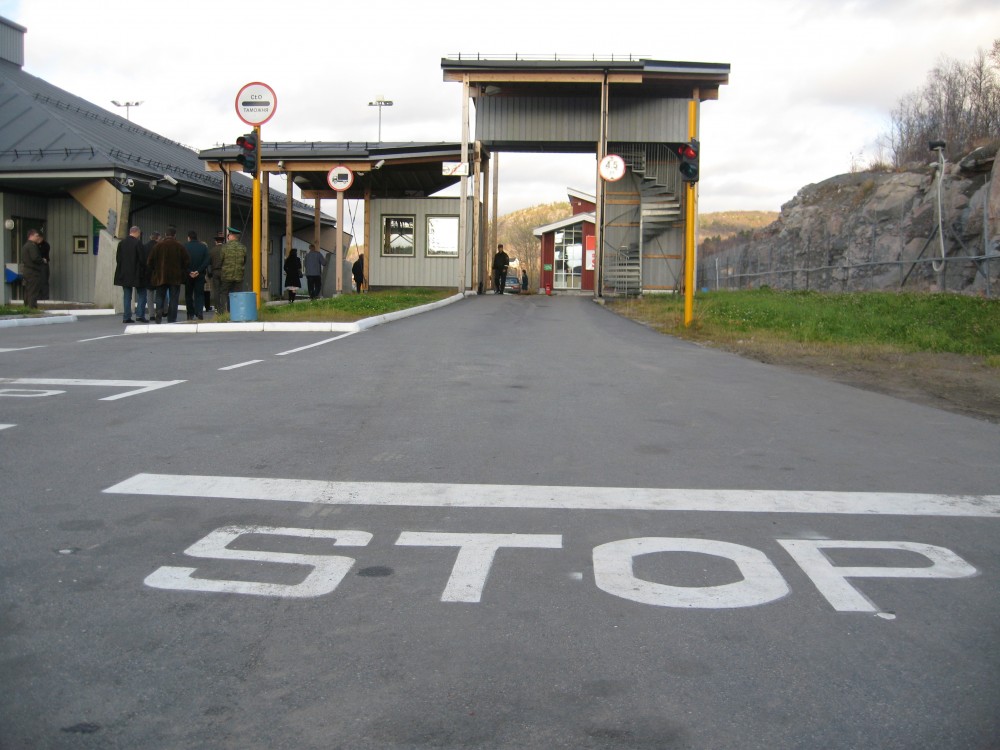 Lowest April traffic from Kola Peninsula to Norway since before the Crimea crisis.
Read in Russian | Читать по-русски
By

19,911 border-crossings were counted last month by police in charge of immigration at Storskog, the only land-border entry to Norway from Russia. That is the lowest number of border crossers in April since 2012.

Following a fresh set of U.S. sanctions, the ruble plunged against most foreign currencies including the Norwegian kroner, which was traded at 7,9 rubles on April 11th. The ruble gained some value later in April, but dropped again on May 7th ahead of Vladimir Putin’s inauguration for yet another presidential turn.

Currency costs are normally a good barometer for border-traffic statistics since a major part of travelers consists of people driving from Murmansk region to Kirkenes for shopping.

Since year start, border-traffic is down 3,9% compared with the first four months 2017.

Also traffic between Russia and Finland is down, information from the Finnish Border Guards reads. Overall, traffic is down 2% since January, while traffic was more stable from the Murmansk region to Lapland in the north. At Salla, January-April traffic was up 0,5% while Raja-Jooseppi check-point was down 0,6% compared with 2017.