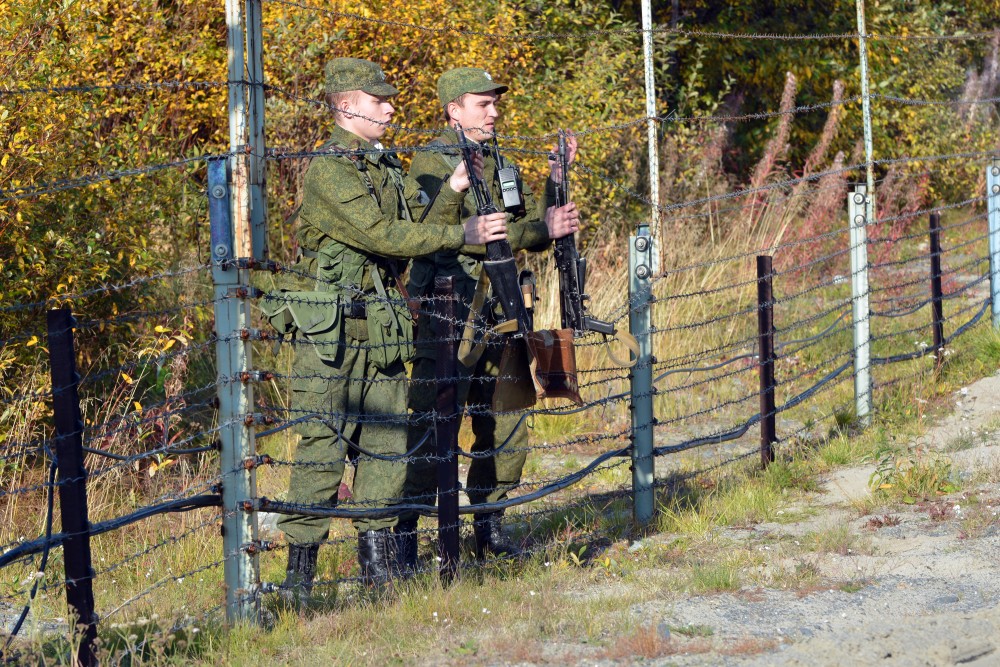 One of the persons arrested for illegal attempt to cross the border to Norway is a minor.
Read in Russian | Читать по-русски
By

“I can confirm being informed by the Russian side about four persons in June were detained near the fence,” says Border Commissioner Roger Jakobsen to the Barents Observer.

The Investigative Department of Murmansk region on Friday published two photos taken by authorities showing how the barbed-wire fence is cut at the place where the four persons tried to make it to Norway. According to the authorities, the four were Africans, three from Somalia and one from Djibouti. One of the Somali citizen is a minor, online newspaper Severpost reports.

FSB Border Guards, who stopped the four, do not reveal details about where along the 196 kilometres long border to Norway the barbed-wire fence was cut. Nor is it said in public when in June the incident happened.

The fence is from a few hundred meters to a few kilometers from the actual border line to Norway.

Investigation is going on and the four are now in pre-trail detention. Attempted illegal border crossings can be punished with up to six years in prison. Similar cases where migrants have been arrested by the border guards in the Pechenga Region have resulted in penalties of 5 to 18 months in prison.

Over the last year, FSB Border Guards have stopped a growing number of migrants illegally trying to cross the border to Norway in the terrain.