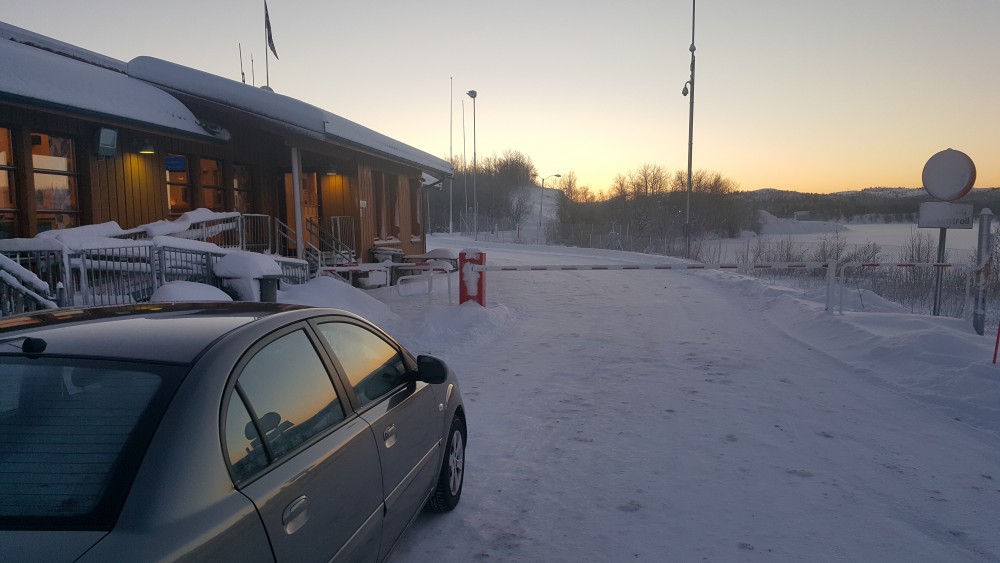 No queue at Storskog checkpoint to Russia. Photo: Thomas Nilsen

Russian New Year celebrations, which run until mid-January, is normally a busy time for cross-border shopping. Not so this year.
Read in Russian | Читать по-русски
By

It is many years since the decline in border-crossings has been more noteworthy than over the last month. By the end of January, Norwegian immigration officials had counted 18,610 border-crossings, down 30 percent from December’s 26,798.

Compared with January last year, the decline is 15%.

The first month of 2019 had the lowest number of people crossing the Russian-Norwegian border since February 2016, statistics sent to the Barents Observer by Finnmark police district shows.

2018 became 10-years-low in number of Russians applying for visa to Norway, as reported by the Barents Observer last week.