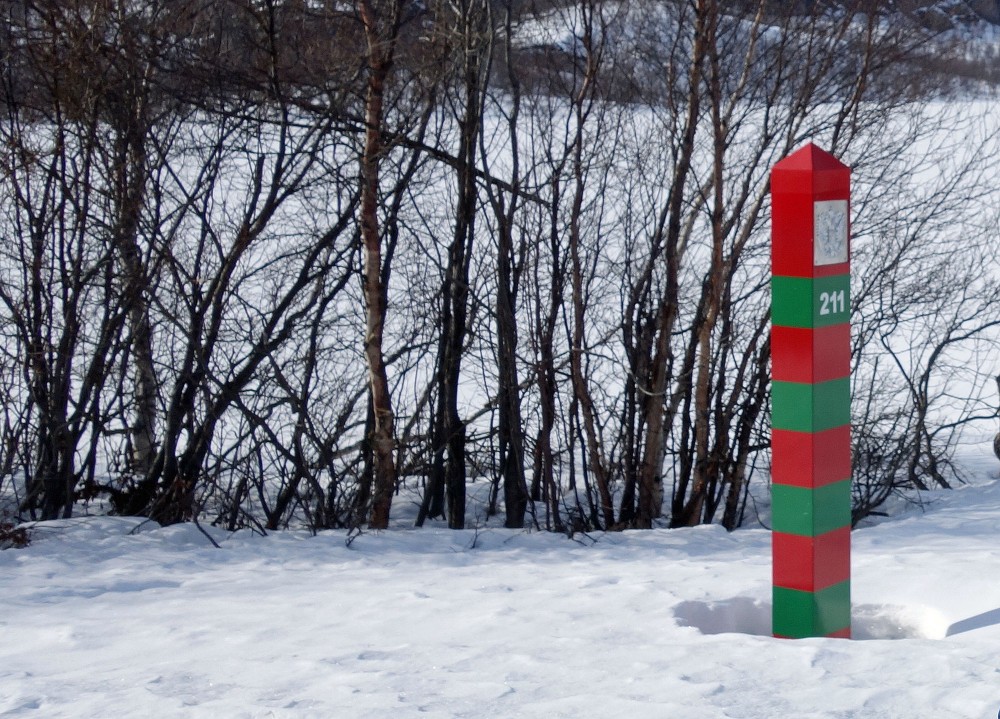 Two individuals from the Republic of Chad have been sentenced to 9 months in jail for their attempt to illegally make it from Murmansk to Norway.
Read in Russian | Читать по-русски
By

It was the Pechenga regional court that on 19th March announced the verdict against the two Africans. They were charged for violating Russian federal law No 114 on enter to and exit from Russia.

In October 2018, they made it through the barbed fence along the E105 road between Murmansk and the border to Norway.

However, they never made it to the borderline. The FSB border guards halted the individuals and put them in detention, the Murmansk Prosecutor’s Office informs.

They were sentenced to nine months behind bars, of which about six months have now been served.

The case is the second of its kind this year. On 13th March the Murmansk Prosecutor handled a case against a citizen of Iran that in late November 2018 had tried to make a similar attempt to cross the border to Norway. Also that attempt ended in failure and border guards caught the individual before he made it to the borderline.

The Iranian was given a 25,000 rubles fine. After about 4 months in detention he was released, the prosecutor informs.

In summer of 2018, several attempts to illegally cross the border were conducted. First, two citizens from Iran and three from Pakistan were detained when they tried to cross the border. Then, another group with citizens from Eritrea, Somalia and Yemen was stopped. The migrants were in the age from 22 to 55.

So far, no known illegal attempt to cross the border from Russia to Norway over the last year have succeeded. The 198 kilometers land border between the two countries mainly runs through wilderness area. To reach to the actual border line, the persons first have to get through the barbed wire fence which are from a few hundred meters to several kilometers from the border.

Two-thirds of the Norwegian-Russian border goes in rivers and even in summer time, waters are freezing cold.

In the autumn of 2015, some 5,500 migrants left Russia via the only leagal border checkpoint Borisoglebsk on the main road between Murmansk and Kirkenes. They all biked the few hundre meters to the Norwegian checkpoint at Storskog since it is not allowed to walk over the border. The majority of the migrants then asked for asylum in Norway.