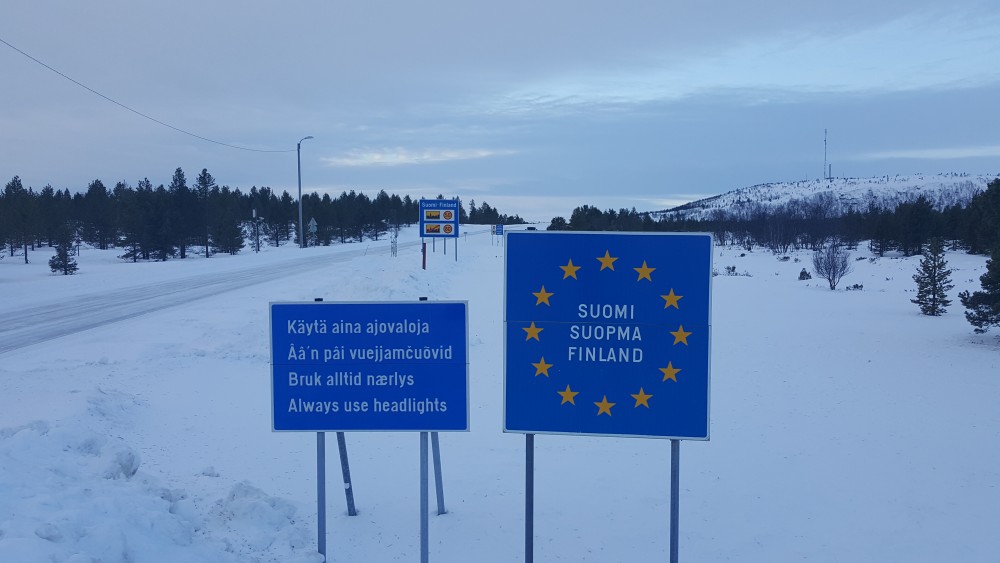 Border to Finland in the north. Photo: Thomas Nilsen

Restrictions on border traffic and quarantine rules are tightened even more as the Finnish government aims at slowing the spread of coronavirus.
Read in Russian | Читать по-русски
By

The Finnish Government on April 7th adopted decisions to prolong and tighten the border closure, including land-borders to Norway, Russia and Sweden.

The borders, which practically have been closed for non-essential travelers since March 19th, will remain closed for another five weeks.

New stricter rules imply to all employees that today are commuting across the borders up north, either to Norway or Sweden.

“The Government’s aim is to further reduce movement in the common travel-to-work area along the borders with Sweden and Norway.”

These are the stricter measures, as listed by the Finnish Border Guards:

The Finnish Border Guards reported on twitter last week that some 800 people are daily crossing the northern land border to and from Sweden, while the number of people crossing between Finland and Norway is 400 per day.

The Border Guards underlines that it is strictly forbidden to cross the border at any other place than the official roads.

Cargo transport, like food deliveries, to Norway’s northernmost region for the most goes through Finland.

At the moment, about 80–90% of traffic is freight transport.