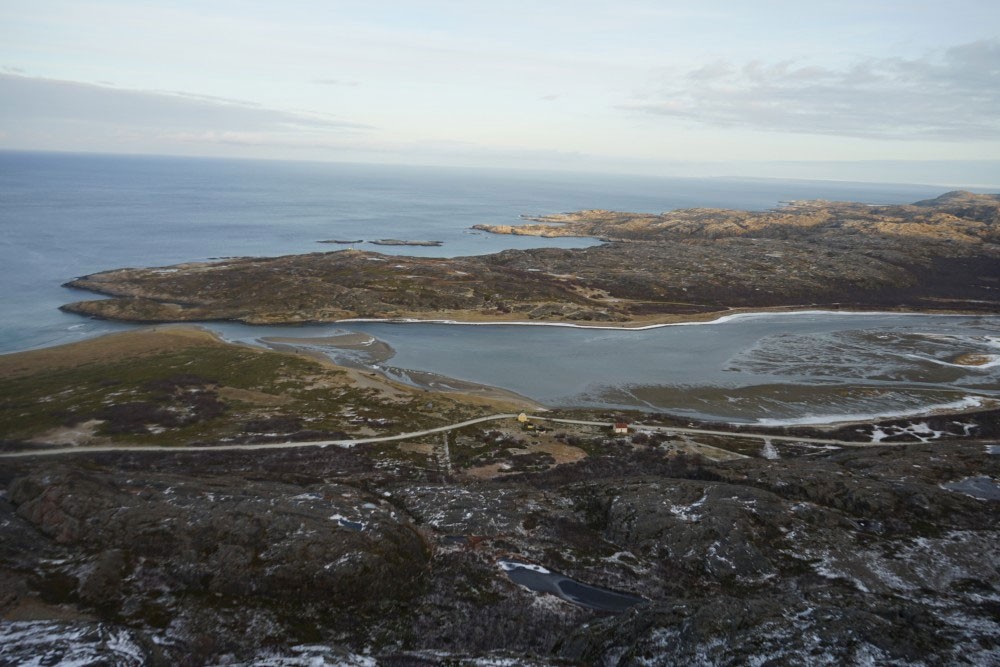 The border river of Vorema/Grense Jakobselv separates Russia and Norway and runs into the Barents Sea. Russia on the farthest end of the picture. Photo: Thomas Nilsen

The monument erected after the delineation of the two countries' border in 1826 has officially been declared an object of historical significance to the Russian state.
Read in Russian | Читать по-русски
By

The Russian Ministry of Culture has decided that the monument located along river Vorema is to be included in the list of federal cultural heritage sites. The river separates Russia and Norway and is on the Norwegian side called the Grense Jakobselv.

The monument is built by rocks cemented in a two-meter high tower. It was built shortly after the delineation of the two countries’ border in 1826.

On its western end, the monument carries an inscription of the monogram of Swedish King Charles John XIV. On its eastern end, interestingly, a plate reads “Suomi”. That plate is believed to have been added during the 20th century mid-war period when the area belonged to Finland, the regional government of Murmansk informs.

Before 1826, these areas along the Barents Sea coast were no-man’s land and the local indigenous Sámi population was taxed from both sides.

In 1825, representatives of Sweden’s King Charles John and Russian Czar Aleksander met in the area and together lined up what became the new border.

Back then, Norway was part of Sweden and the Russian Empire included nearby Finland.

The border monument built on site is called the Yekaterinsky Hilltop and has lent its name also to the nearby compound operated by Russian border guards.

Not only the Yekaterinsky monument has now been added to the Russian federal cultural heritage list. At the same time, the small island of Bolshoy Anikeev was declared protected site of historical importance.

The island is located by the Rybachi peninsula, just few kilometers from Norway, and is site for a major stone plate with historical inscriptions from more than 150 seafarers. The oldest dates back to the 16th century, regional authorities say.

Back then, the island housed a Russian customs point and the inscriptions include the names of ships and sailors that paid visits to the site.

It is like a journal made of granite written by seafarers of Russian, English, German, Dutch, Danish, Swedish and Norwegian descent, historians say.

The inclusion of the two objects in the cultural heritage registry means that special protection regulations now apply in their surroundings.

Russian legislation of cultural heritage says that the authorities are obliged to keep the monuments in good shape and that no buildings or constructions can be erected in a 200 meter range from site.