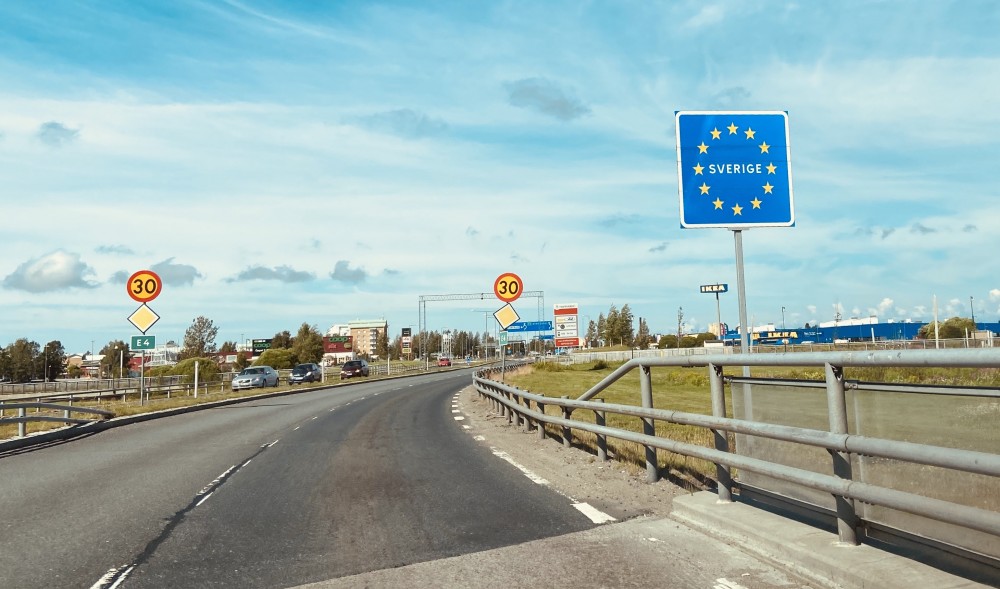 The border between Tornio and Haparanda. Photo: Thomas Nilsen

While seven regions in southern Sweden from Saturday are open for travel, the Norwegian government still considers the COVID-19 situation in northernmost regions to be too bad.
Read in Russian | Читать по-русски
By

Anyone crossing the border to northern Norway from the counties of Norrbotten and Västerbotten in northern Sweden will have to home quarantine unless they have just transited without any overnight stays.

In the county of Norrbotten, 1580 cases of COVID-19 are registered and 82 people have died. Over the last week, 54 new cases are confirmed region health authorities inform. Västerbotten, which has a slightly higher population than Norrbotten, has by July 24 registered 893 cases and 31 deaths, the county’s statistics show.

The Norwegian Government on July 24th updated its travel advice opening for cross-border shopping to Sweden in the southern regions, but not so for the north. Consequently, the police continue border controls at the four main roads connecting Norway and Sweden in the north; Bjørnfjell, Graddis, Umbukta and Krutfjellet.

Also, Finland prolongs traffic restrictions on its borders to Sweden, only allowing for commuting and other necessary traffic. Finland’s restrictions are valid until August 25, while Norway says the new travel advice applies until August 20.

Cross-border travel between Finland and Norway is open with exceptions for people from non-Schengen countries and European countries with unfavorable COVID-19 figures.