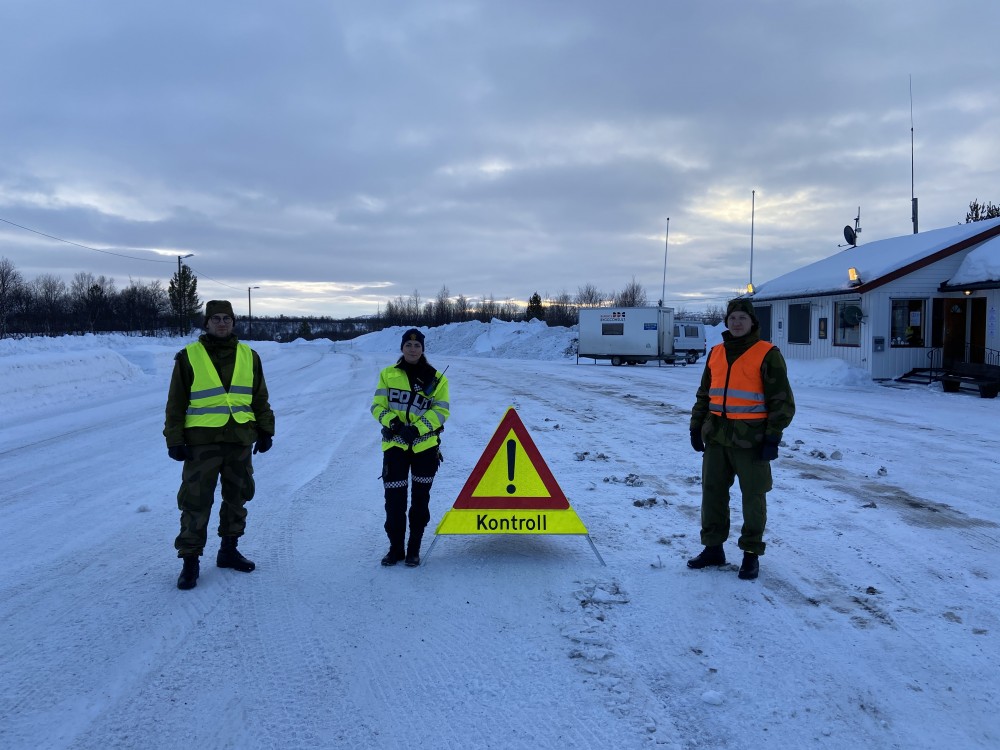 Neiden, Norway's esternmost cross-border road to Finland, will be open but only in the daytime. Photo: Thomas Nilsen

With fears over mutant covid strain, the government has decided that anyone who arrives in Norway have to take a test.
Read in Russian | Читать по-русски
By

The new rules are in force from January 2nd. Travelers must enter through border stations with testing facilities or police control.

Several of the smaller border crossings with Sweden and Finland will be closed. The police and municipal health authorities simply do not have the capacity to enforce 24/7 testing and control at all cross-border roads, of which many are in the remote wilderness.

One of the roads to be closed is over the Tana River to Utsjoki in Lapland. Also, the road from Hattfjelldalen to Tärnaby in Sweden closes, according to the list published by the Ministry of Justice. Many smaller roads further south along the Norwegian-Swedish border will similarly close.

Norway’s military Home Guard will assist the police with the border control to Finland from Janaury 5th, the Armed Forces informs.

Kilpisjärvi is the only Norwegian-Finnish road to be open around the clock and have a manned with a test-station.

Karigasniemi, Kivilompolo, Polmak (Nuorgam) and Neiden (Näätämö) are open from 8 am to 8 pm (Norwegian time). Here, there will not be dedicated test-stations. Therefore, testing must be done as soon as possible at one of the municipal test stations in Karasjok, Kautokeino, Tana, Kirkenes or other nearby locations within 24 hours after arrival at the latest.

Travelers across the border from Russia to Norway at Storskog have been offered a voluntary test. From January 2nd, a visit inside the test-station will be mandatory for everyone who enters Norway from the Kola Peninsula.

Children under the age of 12 do not need to be tested. Personnel with critical social functions, border commuters, long-distance drivers and diplomats are exempted.

“We are now concerned about import infection as well as new outbreaks with new mutated versions of the virus. In addition, we are concerned that many will return to Norway after Christmas from countries with an increased level of infection,” says Prime Minister Erna Solberg.

It is estimated that the British mutation increases infection by 55-70%. That corresponds to an increase in the reproduction number with 0,4.

“If this mutation is spread in Norway, it will most likely result in a full lockdown. We must do what we can to prevent this mutation to get a foothold in Norway. Testing is the only way to discover if travelers from red countries are carrying this virus,” says Solberg.

Norway is the fourth-lowest in Europe in cumulative number of Covid-19 cases, behind Finland, Iceland and Greece.