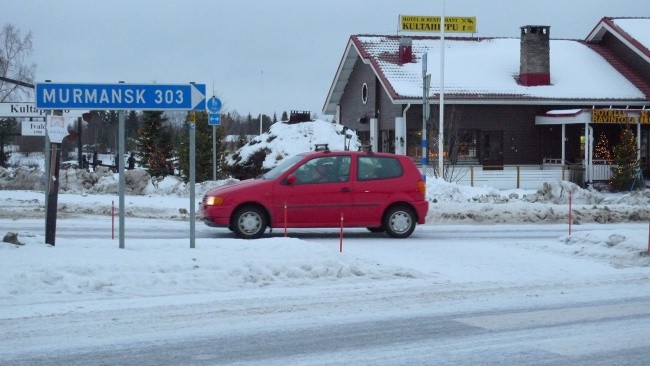 Only 97 people crossed the Finnish-Russian border checkpoint at Raja-Jooseppi in November.
Read in Russian | Читать по-русски
By

November and December are traditionally months with a boost in traffic from the Murmansk region to Lapland, for Christmas shopping and leisure travel to Santa Claus.

This November, amid the pandemic, November saw  just over three persons in average per day crossing the border at Raja-Jooseppi, 97 in total for the month. Last November, the Finnish border guards counted 7,686 crossings.

At the checkpoint in Salla, further south in Lapland, 195 crossings took place in November. At this checkpoint, truck-drivers bringing timber are included in the traffic statistics.

While Raja-Jooseppi is EU’s northernmost external border checkpoint, the northernmost in the Schengen area is Storskog on the Norwegian-Russian border. Traffic here is also way down compared to pre-COVID-19 era, but not that dramatic as on the Finnish-Russian northern border.

993 people were counted in November at Storskog, down 96% compared with the same month in 2019. The figure includes crew on Russian trawlers that travels from Murmansk to embark on their vessels in the port of Kirkenes.

While the border with Russia for most people is practically closed from both Norway and Finland, the first week of December has seen a sharp increase in traffic across the Finnish-Norwegian border in the north.

Here, the number of COVID-19 infections is low, and both countries now allows within the northernmost regions. 12,900 border crossings where counted in week 49 at the checkpoints at Kilpisjärvi, Karigasniemi, Kivilompolo, Nuorgam, Näätämö and Utsjoki, according to the Finnish Border Guard. That is up 178% from week 48, but down 71% compared to the same week in 2019.