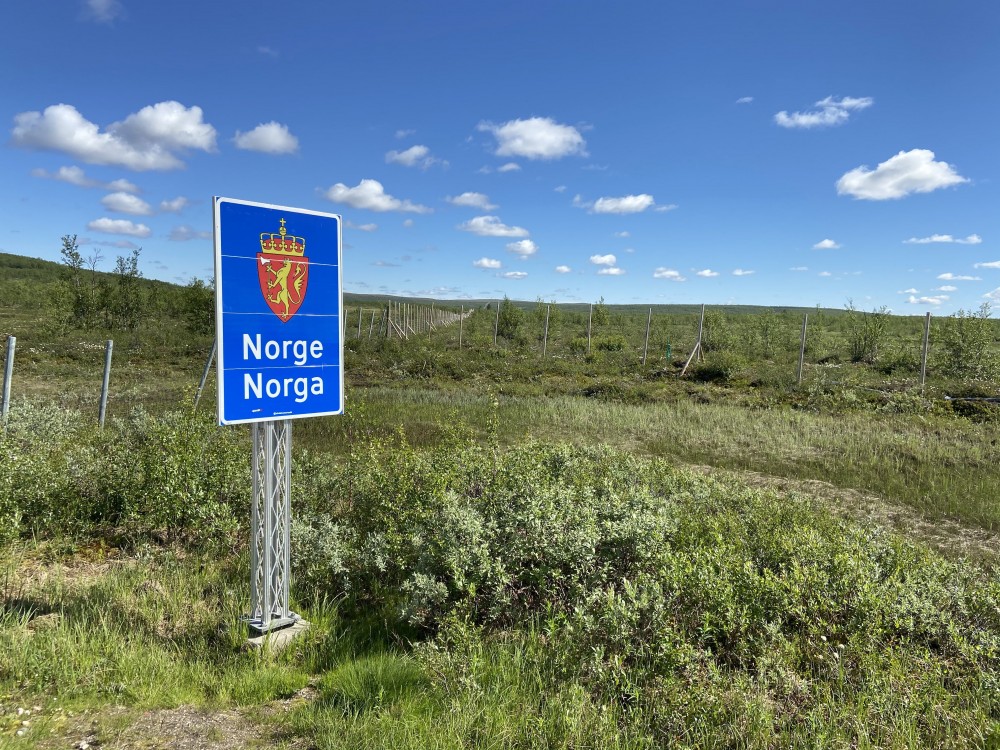 The Norwegian-Finnish border at Kivilompolo-Kautokeino is already marked with the Sámi name Norga. Photo: Thomas Nilsen

The Parliament has approved a bill naming the country by its three Sámi and the Kven languages in addition to the Norwegian name Norge. Cross-border roads in the north will get new signs.
Read in Russian | Читать по-русски
By

Roads into Norway from Sweden, Finland and Russia will get new signs with the country name also written in the indigenous Sámi language depending on the region.

Southern Sámi areas from Engerdal in the south to Hattfjelldal and Umbukta near the Arctic Circle will soon get signs reading both Norge and Nöörje.

Entering Norway from Sweden at Graddis and Bjørnfjell, the border signs will include Vuoda, the Lule Sámi language name of Norway.

Further north, the six border roads from Finland and the single entry road from Russia will have both the Northern Sámi- and the Kven languages, Norga and Norja, additional to Norge.

“When borders reopen and I can drive from Sweden into Trøndelag, and see Norway signposted in Southern Sámi on the border, it will for me be a strong symbol that Sámi and Norwegian are equal languages,” said Minister of Regional Development and Digitalization, Linda Hofstad Helleland.

The bill approved by the Parliament this week is, symbolically, based on a proposal from the Government presented in three languages; Norwegian, North Sámi and Kven.

This is the first time in Norway that a Governmental proposal is printed in Kven language. Kven was recognized as a minority language in 2005 and is a Finnish dialect spoken in the northernmost part of Norway by the Kven people.