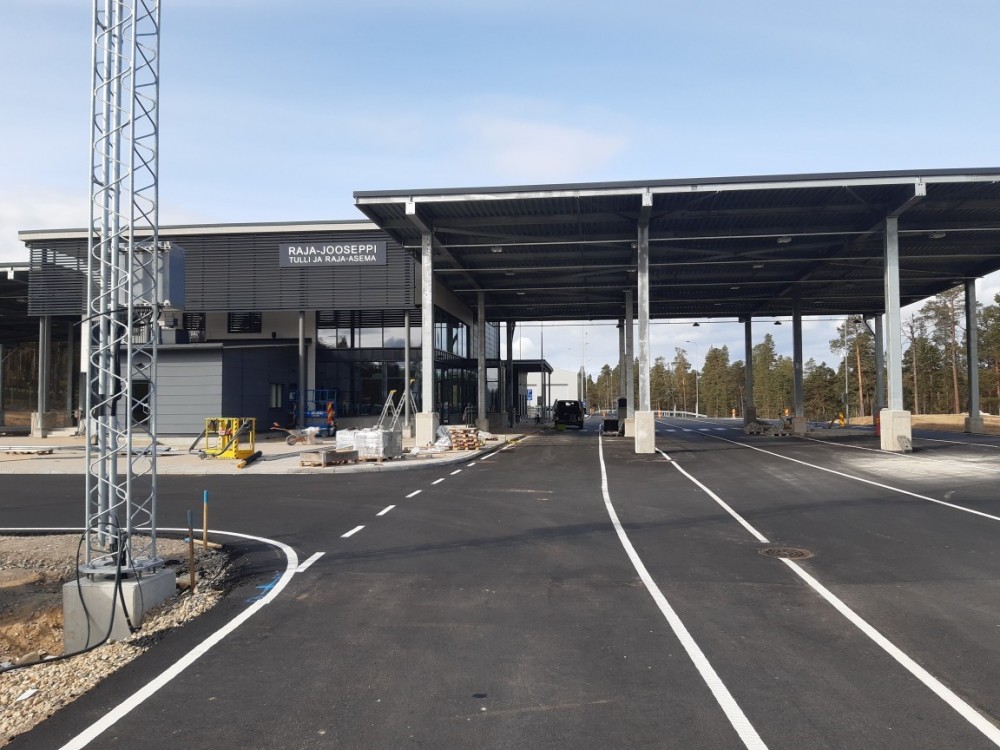 Cross-border traffic between the Kola Peninsula and Finnish Lapland will from August 25 take place at brand new facilities.
Read in Russian | Читать по-русски
By

More than €11 million are invested in new infrastructure facilities at Raja-Jooseppi, the northernmost checkpoint along the Finnish-Russian border.

The new checkpoint is located about 800 meters to the west of the current location and is manned by both the Finnish Border Guard and Customs officers.

Additional to the new bigger building, all four traffic lanes are now under the roof, making control and crossings more comfortable both for travelers and the employees at the checkpoint. Especially during freezing cold, snowy winter months.

The premises of the new Customs and Border Crossing Point of Raja-Jooseppi will be officially inaugurated later in the autumn when finishing works are completed, the Finnish Border Guard writes in a press release.

As previously reported from Raja-Jooseppi by the Barents Observer, the new facilities will utilize solar power where possible.

90 percent of the construction costs are covered by EU money through the ENI Kolarctic program, a financial instrument for cross-border cooperation between Nordic and northwest Russian regions.

Among the new projects approved by the Kolarctic program is also a major upgrade of the highway leading from the border to Murmansk. That project will include general furnishing and surface infrastructure upgrades all the way from the Russian Lotta border checkpoint to Kola south of Murmansk.

Before the pandemic, around 80 000 people cross the northernmost checkpoint between Russia and Finland annually.