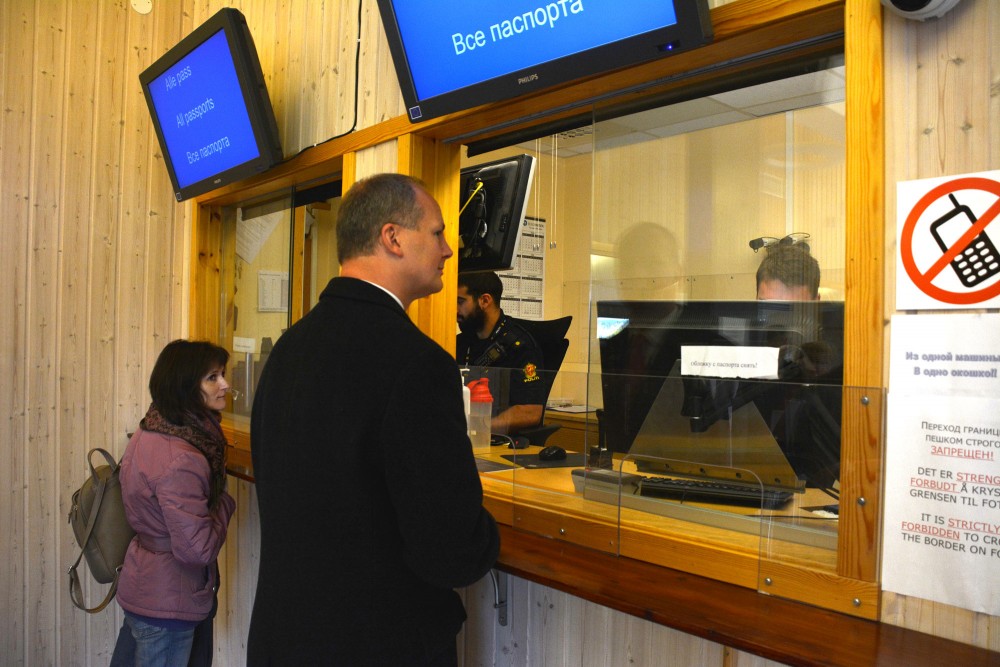 A growing number of Russians are crossing the border to Norway in the north for shopping and transfer to other destinations via the airport in Kirkenes. But it is likely not lasting for long as the European Union makes it more troubled to obtain a Schengen-visa.
Read in Russian | Читать по-русски
By

“Visa facilitation is a token of trust, which Russia’s war of aggression has completely shattered,” President of the EU Commission, Ursula von der Leyen, stated in a tweet as the agreement came up for discussion this week.

The Commission agreed to propose a full suspension of the 15 years old visa facilitation agreement. Over the years, millions of citizens in Russia and Europe have benefited from easier and cheaper visa application processes.

According to the EU Commission, around 963,000 Russians held a valid visas to the Schengen area as of September 1, 2022.

It will still be possible for Russians to apply for a visa to EU member states and associated Schengen countries like Norway and Iceland, but it will be more difficult, more expensive and take longer time. Restrictions on multiple-entry visas valid for several years may as well follow.

Especially the number of tourist visas will be reduced.

Applicants should also prepare to bring more documents to the consulate or visa-centres. Like it was before the simplified applications were introduced in 2007.

Last month, the Foreign Ministry in Oslo told the Barents Observer that Norway would take no initiatives to limit visa options for Russian citizens. Today, the wording is different.

Spokesperson Guri Solberg with the foreign ministry in Oslo writes in an email to the Barents Observer that Norway will have to consider following the EU.

“This means a €80 free, processing time of 15 days, and normal rules for multiple-entry visas,” Solberg said.

All other Schengen-countries with direct land border with Russia have already made it way more difficult for Russians to obtain Schengen-visas. That include Finland, the Baltic states and Poland.

Estonia, Latvia and Lithuania have this week made it clear that they would ban entry of all Russian tourists from September 19, EUobserver reported.

Norway, as a Schengen member state, said it will follow the European Union decision.

Border traffic at Storskog checkpoint from Russia’s Kola Peninsula to Norway more than doubled after Moscow on July 15th relaxed Covid restrictions. 5,441 crossings were counted in August, the Police in charge of immigration informs.

Meanwhile, Russians are already experiencing some troubles when applying for visa to Norway. One applicant told the Barents Observer that processing time is estimated by the Embassy in Moscow to 45 days for “technical reasons”.

Another change is the sharp growth in applications being turned down. Traditionally more than 90% of visa applications filed by Russians have been granted. In July, however, 32% of applicants were denied a Norwegian visa, statistics from the Directorate of Immigration (UDI) show.