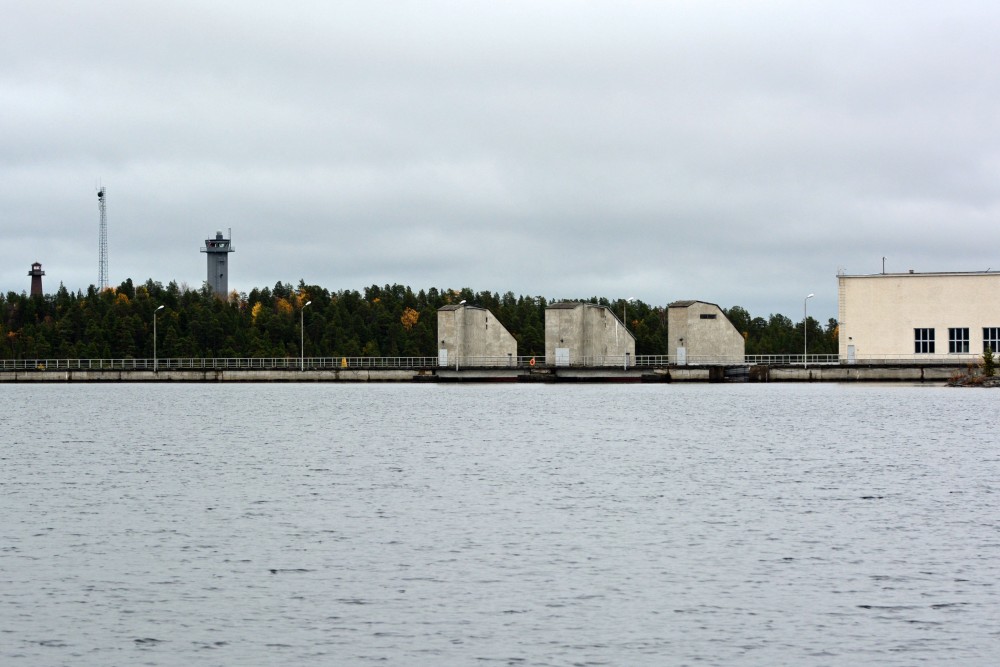 The Norwegian military border guard tower is just a stone's throw from the Rajakoski hydropower plant. This photo taken from the Russian side of the border. Photo: Thomas Nilsen

Norwegian military watchtower got electricity from this Russian hydro-power plant. Then it was cut off

The military watchtower is manned round-the-clock guarding Norway’s land border with Russia. This June, Russia decided to cut the electricity supply that powers the sophisticated surveillance gear in the tower.
Read in Russian | Читать по-русски
By

It was newspaper Aftenposten that first reported about the shutdown of electricity via the 600 meters long power-line connecting the watchtower with the Russian hydro-power plant.

The cut in supply was given a 24-hours’ notice this June.

Norway shares a 198 km land border with Russia, of which 2/3 follows the Pasvik River. A series of power plants are along the river, some operated by the Norwegians, others by the Russians.

Rajakoski (Finnish for “border waterfall”) is the southernmost. Located adjacent to the tripoint between Finland, Norway and Russia, there is no fixed Norwegian grid to the wilderness where the military watchtower is located.

When built in 2001 as part of Norway’s enhanced guarding of the border in line with the Schengen regulations, the easiest way to get electricity to the new tower was to connect it to the Russian hydro-power plant.

At the time, security risks in regard to cross-border infrastructure were viewed differently. To put it mildly.

“We have been connected with a direct line to the Russian grid, confirms Lt. Col. Michael Spanne Rozmara, interviewed by Aftenposten. He is Chief of the Garrison of Sør-Varanger, the military army unit guarding the border with Russia.

On June 10, the electricity was cut. The Norwegian military was informed the day before it happened. Since then, the watchtower has produced its own electricity from a petrol generator.

The defense forces would not comment on which risk assessments were made before the decision was made to connect to the Russian grid back in 2001.

The reason for Russia cutting the cross-border electricity came after the country was excluded from the international money transfer SWIFT system.

Norway’s Minister of Defense, Bjørn Arild Gram told Aftenposten that there are no reasons to worry.

“The border guards have an alternative electricity supply and are still fully operative. We, therefore, consider the situation as satisfactory.”