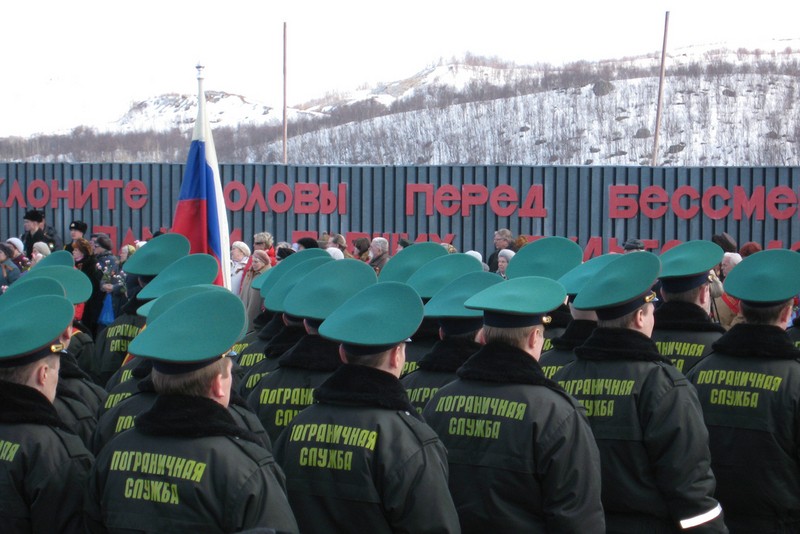 FSB Border Guards in the Murmansk region are in charge of border security towards Norway and Finland. Photo: Thomas Nilsen

“The FSB Border Guard Service must step up its work,” the President said in his video-recorded message on Security Service Day.
Read in Russian | Читать по-русски
By

December 20 is a professional holiday for workers of Russia’s security services; the FSB, SVR, FSO, and the Chief Directorate for Special Programs.

Vladimir Putin, who himself served as a KGB agent in East Germany in the dying period of the Soviet Union, said the state border is the most important, key boundary for ensuring the country’s security.

“It must be guarded safely,” the President said.

“Attempts to break it must be prevented promptly and efficiently using the existing capacities and tools, including mobile and special task units.

The Russian president admitted that the security agency units “are faced with difficult tasks” in the areas recently included in the country.

It was in September Putin signed the official decrees on illegally grabbing the Ukrainian territories of Donetsk, Luhansk, Kherson and Zaporizhzhia.

In the North, FSB is in charge of security both along Russia’s land borders with Norway and Finland, as well as Coast Guard operations in the Barents Sea and other Arctic waters.

Putin at the same time called on the counterintelligence agencies, including the military ones, to “show utmost readiness and concentration.”

“It is necessary to put a firm stop to the activities of foreign special services, and to promptly identify traitors, spies and diversionists.”