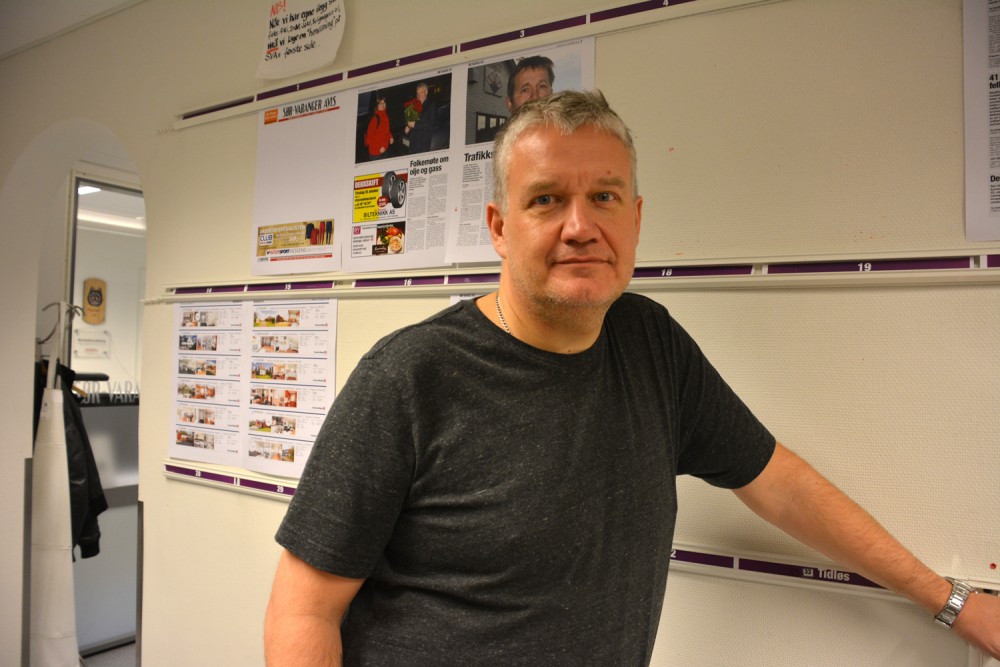 We are now looking for a new way forward, which secures our economy and promotes good journalism, Editor of Sør-Varanger Avis Tor Sandø says.
Read in Russian | Читать по-русски
By

Deficits have been growing year-by-year, and last month, the newspaper was given an ultimatum: find the money or go bankrupt.

In a desperate effort, the newspaper and its board reached out to locals with a plea to grant their support. The campaign proved successful. In the course of a month, people and companies signed up in a major stock emission. Shares worth 1,5 million NOK secure the continued publication of the paper.

But relief will not last long. The paper will have to take urgent actions if it is to avoid another crisis in the course of the next year.

«Our main problem is the shrinking advertisement revenues», Tor Sandø says. «And for a long time, we failed to take the necessary measures», he underlines to the Barents Observer.

At least six of 15 employees will be fired, all of them working in the newspaper printing department. Left will be a streamlined staff of journalists and office managers. Only 1,5 position will be left with the printing machinery.

That could be enough to get the local news business floating, the newspaper hopes.

«We have an important role to play in Kirkenes», Sandø underlines. «We are read extensively by the local population».

Some years ago, the Sør-Varanger Avis reportedly had a reach-out to the local population of about 95 percent.

Sandø, a long-time local journalist who was appointed acting editor in spring this year, says the newspaper now will invest in digital solutions. At the same time, paper will remain the most important format.

He highlights the special location of Kirkenes and the municipality of Sør-Varanger, situated along the borders of both Russia and Finland.

Developments in the neighboring countries will remain a newspaper priority. Although coverage has been more modest than normal because of the crisis, the editor admits.

«For us, the Russian towns of Nikel and Zapolyarny are both closer and more interesting than our neighboring Norwegian municipality of Nesseby».

And this is the way it will continue to be. «Our readers like to read good stories about people on the other side of the border, it is of relevance for local life in Kirkenes», he argues.

According to Sandø, journalists and the media have a key role to play in cross-border cooperation with Russia.

«I believe journalism is more important than ever in the Barents Cooperation. In a time with pretty cold relations on the top level between Norway and Russia, the journalism and the people on local level is of key importance».

«If we want cooperation, then this is it».