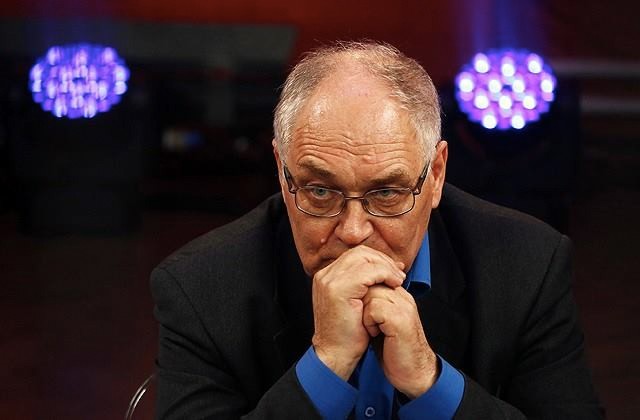 The independent pollster insists it should not be on the disgraced list.
Read in Russian | Читать по-русски
By

A court in Moscow has fined the Levada Center 300.000 rubles (€4.400) for its rejection to enlist as so-called foreign agent. The court decision comes after pressure from the Moscow Justice Ministry, newspaper Vedomosti reports.
Levada leader Lev Gudkov says that the center neither will accept the inclusion in the list, nor the fine.
A court case over the inclusion of Levada in the Foreign Agent list is due 10th November, Vedomosti informs.
Gudkov insists that the center is not engaged in what can be called political activities, and that it is not getting financing from abroad.
The Russian Justice Ministry in early September this year announced that the Levada Center should be considered a foreign agent. The announcement came shortly before the State Duma elections.
The enlistment as foreign agent would be devastating for the pollster. In an interview with news channel Dozhd, Lev Gudkov says the center will get major problems with getting commercial orders and that respondents will refrain from taking part in polling.
The Levada Center was established in 2003 and has since won wide recognition for its independent research and polling.
Many other organizations being branded «foreign agents» by the Justice Ministry has faced closure afterwards. Since the law on foreign agents was introduced four years ago, the numbers of non-governmental organizations placed on the list now included more than 100, including seven in the Russian part of the Barents Region.