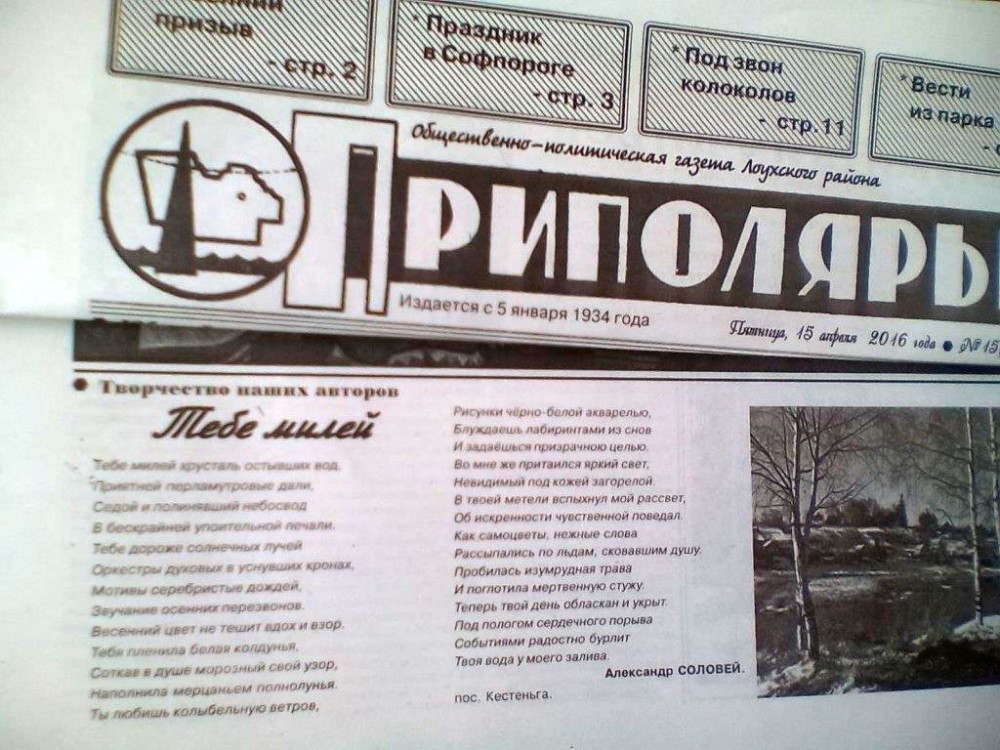 The Karelian daily Pripolyarie is only one of several newspapers which did not make it into the new year.
Read in Russian | Читать по-русски
By

Local authorities in Louhi, a municipality located along the border to Finland, in 2016 decided to bankrupt the Pripolyarie, a daily which for the past 81 years has provided locals with news updates.

Debts had become too high for the cash-strapped municipal budget, the local legislators concluded.

Since its establishment in 1934, the Pripolyarie was owned by the local Louhi government. It was pusblished in about 1,200 copies, the Glastnost Defence Foundation informs.

The Pripolyarie is only one of many local newspapers in economic crisis. Of the 17 newspapers issued my municipal authorities in the Republic of Karelia, several stand on the brink of bankruptcy.  Revenues from advertisements shrink and and the authorities cut support. Only paid contents from the republican government remains stable, Glastnost Defence Foundation writes in its media digest.

The situation is similar all over the country.

According to Kommersant, only about 10 percent of Russians today subscribe to newspapers and magazines. At the same time, the level of trust among Russians in newspapers is in decline.

For the Pripolyarie, however, it is not completely an end of the story. Local authorities have decided to establish a new media, named Our Pripolyarie, which is to be run by the local library. More that three million rubles have been allocated from the local budget to get the new media up running, gdf.ru informs.