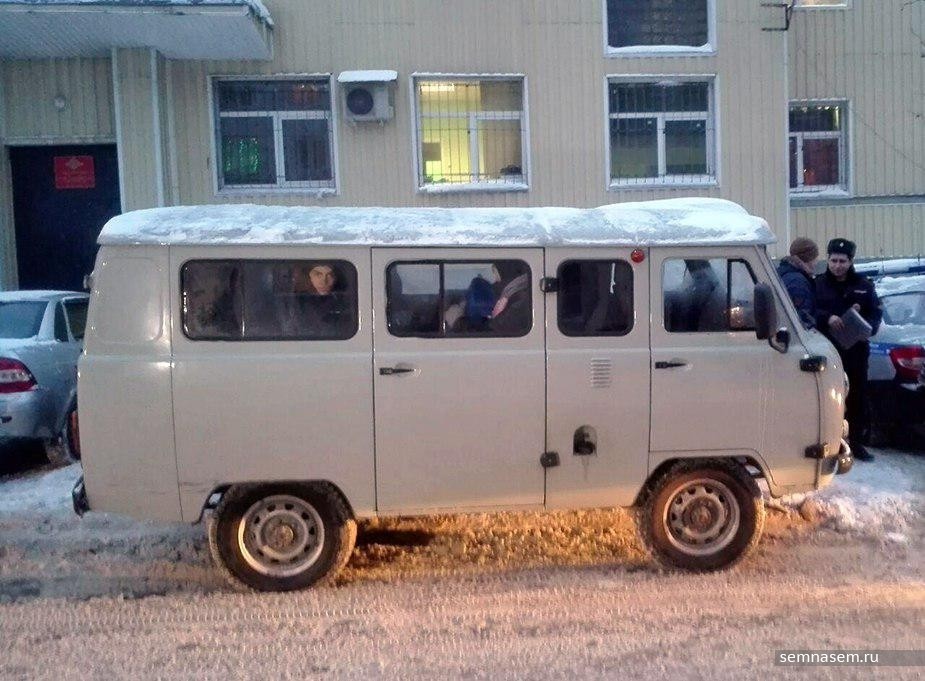 A small group of activists assembled to commemorate the 2009 killing of human rights lawyer Stanislav Markelov and journalist Anastasia Baburova. They were not allowed to stand long by Murmansk police.
Read in Russian | Читать по-русски
By

After only about 30 minutes, police broke up the rally and took the activists to a local police station. Among the detained are more than ten people, among them representatives of the local Anti-Fascist Movement, 7x7-journal reports.

The demonstrators stood quietly on site with posters in their hands.

Police says that the demonstrators had not got the necessary permission for the rally. Only one place in town is approved for unsanctioned rallies. That place however is located only few meters away from the site of today’s detentions.

Lawyer Aleksandr Peredruk says on his Facebook page that police accuses Tatiana Kulbakina of being the organizer of the rally and that a court case against her will be held on Friday.

The activists were on Thursday afternoon all released by police.

Human rights lawyer Stanislav Markelov and journalist Anastasia Baburova were killed in downtown Moscow on 19th January 2009. It is believed that right-wing extremists were behind the murders. Since then, there have been annual commemorations all over Russia on 19th January.